The Future of the European Left and the EU 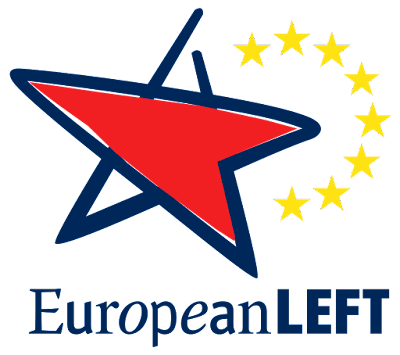 It must be the end/beginning of the year, resolutions and all that, together with quite volatile political events, but it seems the broad Left, and by that I mean the liberal and radical Left, in Europe, has been pondering the EU’s future role, and the Left’s strategy in it. Green themes come into it, too.

In part of a series of Op Ed’s over the last week or so, The Guardian has published its ideas for the future of the UK and in the final piece on Wednesday turned its attention to the EU. It is in line with the previous editorials in the series, and not unsurprisingly it is unashamedly liberal, leftish liberal, in content. Whilst giving a nod to some of downsides of the EU, it largely praises the EU for being a positive force for good.

Take this line as an example:

‘There is nothing quaint about saying that to safeguard Europe, and make the EU thrive, is simply to contribute to a better world.’

The piece also calls on the EU to ‘truly reclaim a mission of social justice,’ and to play more of a role shaping world events, especially in the era of Trump’s presidency of the US, and right wing populism in Europe. Here climate change and the environment are particularly mentioned, together with ‘social protections,’ civil rights and more democratic engagement. The EU has a chequered history on all of these issues, of course, but it has also undoubtedly done some good as well.

I would guess that most Green party members and voters would broadly agree with The Guardian’s view on these matters, but not all. Admittedly, from December 2016, Paul Kingsnorth, a writer and former deputy editor of the Ecologist, espoused a different green type of approach to the EU. Writing on the US Counterpunch website titled ‘Brexit Reconsidered: a Modern Day Peasants’ Revolt?’ he describes a very different Europe.

One which has a culture of homogenisation, centralisation, control and profit, and Kingsnorth cries in despair, ‘where are the radical greens?’ Greens he says are mostly ‘crying into their muesli about Brexit.’

Brexit hovers over UK politics at present, but the Left in continental Europe has also been thinking about what kind of EU it wants after the years of austerity being imposed, mainly on Southern European nations, Greece, Spain, Portugal and Italy.

Walter Baier, a Vienna based economist and former National Chairman of the Communist Party of Austria (KPÖ) from 1994 to 2006, writing at Transform Europe, looks at thinking on the EU by the more radical Left elements on the continent. He puts the re-think on the Left down to collapse of the Eastern European socialist regimes and the adoption of neo-liberalism by social democratic parties during the 1990s.

DiEM25’s ideas for a reformed EU, within existing EU Treaties, is largely supported by the leadership of the UK Labour and Green parties, and formed the basis for the Remain strategy in the 2016 referendum followed by these leaders. It amounted to a remain in the EU and reform platform, but in the end did not cut through to the voters as desirable.

DiEM25 proposes a New Deal for Europe, which contains policy proposals and strategies based on four principles:

All Europeans should enjoy the right to basic goods (e.g. nutrition, shelter, transport, energy), paid work while receiving a living wage, to decent social housing, to high quality health and education, and to a sustainable environment (environment included here too).

To harness the wealth that accumulates in Europe and turn it into investments in a real, green, sustainable, innovative economy.

The EU must implement policies for sharing the dividends from digitisation and automation amongst all its citizens.

Macroeconomic management should be democratised fully and placed under the scrutiny of sovereign peoples.

Mélenchon’s A Plan B in Europe recommends a complete break with the existing EU Treaties and basically starting again. The plan also has four main principles:

Nation states are considered as leverage in the European struggle with the EU.

The withdrawal from EU Treaties should in combination with ‘negotiations on a new framework for the EU, but if this failed to work, France would unilaterally withdraw from the Treaties.

The French people would be given the final choice on staying in a new EU or withdrawing completely, in a referendum.

Plan B’s in different countries would not necessarily be same as in other EU nations who decide to follow France’s lead.

Plan A seems to me to be more realistic than the DiEM25 proposals, with the EU unlikely to reform radically from within existing structures, and so to facilitate a ‘new radical EU,’ starting again is probably necessary. I am not advocating not having some kind of cooperative union in Europe, and the UK being part of it, but the large, remote and bureaucratic entity it has become, does seem to have run its course.

I’m also not saying that I prefer the UK leaving the existing structures of the EU, which I expect will be counter-productive and play into the hands of the UK populist right, some of whom are in government. But I do think that the EU could be made much better and more responsive to the needs of European citizens, and so if that means starting from square one, so be it.