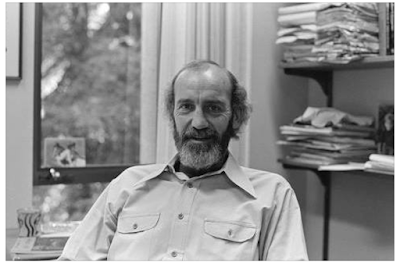 Sadly, James O’Connor, the American ecosocialist, died in November last year. He was an important figure in ecosocialist tradition. There are threads of the philosophy going back to Murray Bookchin in the 1960s and William Morris in the nineteenth century, and much further back in history. But O’Connor who emerged in the early 1980s as one of the first writers/thinkers to self-consciously consider themselves to be ecosocialist from a philosophical standpoint, and start to build a movement to make the theory a reality.

He developed the thesis of the second contradiction of capitalism, that is, it degrades the thing that it needs to sustain economic growth, the environment.

Written by Salvatore Engel Di Mauro and first published at Entitle Blog as part of a series of reflections.

We mourn the sudden loss of a visionary and highly influential thinker, James Richard O’Connor, co-founder with Barbara Laurence of Capitalism Nature Socialism and the Center for Political Ecology. O’Connor was a rigorous, indefatigable intellectual and a committed Polanyian Marxist activist. His thoughts have reached and shaped the minds of thousands of people, including mine, and I trust thousands more will benefit from his insights.

He wrote on a wide range of subjects of great political consequence and of continuing currency and urgency. This includes explaining, in his early works, the relationship between capitalism and the state, as well as clarifying linkages between imperialism and economic processes. The Fiscal Crisis of the State is but one of the better known of his writings that emerged from this line of research. It remains a classical piece, and one that should be read even more widely and translated into more languages than it is.

O’Connor also contributed to great theoretical strides for all of us in CNS through his latter endeavors on the ecological crisis, especially in the late 1980s. This, to me, is the germinal intellectual turning point that oversaw, with the establishment of this journal, the confluence of left-leaning ecological thought with a diversity of leftist anti-capitalist approaches, including variants of Marxism and feminism.

The creative and illuminating outcomes of this confluence and, to a larger extent, interweaving of disparate currents are among the lasting legacies bequeathed to us through O’Connor’s efforts. The development of his Second Contradiction thesis is but one shining example of what came about through such confluence of approaches, and it continues to be an inspiration (or source of debate) for many.

O’Connor’s formidable intellect was complemented by political commitment. This was reflected in, among other actions, his involvement in local environmental struggles. Part of this kind of activity was consumed by writing pamphlets accessible to a wide readership, including for the Students for Democratic Society’s educational campaigns in the 1970s and for various environmental and social policy activist groups in the 1980s.

His political commitment was also represented by his networking and organizing with intellectuals across continents to bring to the attention of North American audiences news, perspectives, and analyses of social and environmental struggles from different parts of the world. He facilitated such international information flow by creating a network of journals from Catalunya/Spain, Italy, and France, based on reciprocity and free manuscript exchange. This is one major way in which this journal came to have international breadth and reach, as well as benefit from the input of thinkers from many countries.

James O’Connor struggled in an inimical intellectual world to keep Marxist perspectives alive while critically reconstructing them to overcome their historical inadequacies, especially with respect to ecology. In all this, he did not mince words, maintained a clear political line, yet kept this journal from falling under any particular tendency, including his own. Farewell, Comrade O’Connor, intrepid navigator of still very rough political waters, and infinite thanks for your intellectual guidance and inheritance.