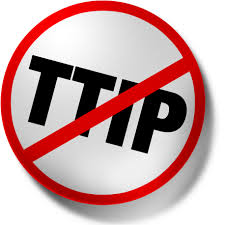 Yesterday the 38 Degrees action day against the Treaty in Trade and Investment Partnership (TTIP) took place. The first aim of this campaign is to raise public awareness of this treaty, whilst secret negotiations take place between the US and EU.

It is important to point out that this is not a campaign to bash the EU per se, because if we left the EU, I have no doubt that the UK independently would want to sign up to this treaty. The EU does need reform to put people’s needs before those of corporate businesses, but that is not what the Prime Minister, David Cameron means when he says he wants reform of the EU. The reforms he wants to see are to employment protection laws and immigration, he is quite happy with the ‘free trade’ agenda of the EU.

With an almost total mainstream media black-out on this issue, the effort needs to begin with making the public aware of this fundamentally anti-democratic treaty where private corporations can sue elected governments whose policies restrict business from extracting profits out of our hitherto public services, like the NHS. Decisions are made outside of existing legal processes and nations will have no counter right to sue corporations.

So the point of yesterday’s action day, was primarily to inform the public about what is going on and how this will affect them.

Over 9000 supporters of the campaign in over 600 locations around the country went out into our towns, cities and villages to talk about TTIP. We handed out over a million leaflets, put over 30,000 posters in our windows, and spoke to thousands of people about this dangerous trade deal.

In my local area of London, (Hornsey and Wood Green Parliamentary constituency) there were several meeting up points for handing out leaflets to the public and many houses were leafleted, meaning some contact was made with thousands of residents.

One activist who took part in the action day said “It felt good to flyer today in Crouch End...my first initiation into handing out flyers. I was impressed by the response from 'the public'. I also letter box dropped Harvey Road, N8”

It’s not just about the numbers: 38 Degrees supporters united together behind a love for our NHS and a belief that ordinary people’s voices should be heard louder than those of corporate lobbyists.


Find out more about the 38 Degrees campaign here.

Posted by Mike Shaughnessy at 06:55 No comments: 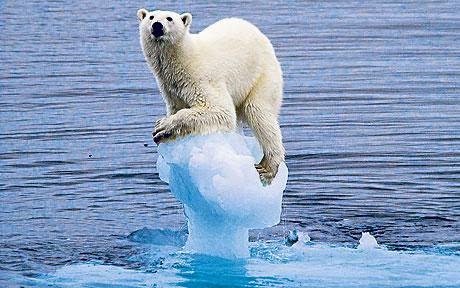 Most people believe that scientists are evenly split for and against on the evidence of climate change, and are unaware of the powerful scientific consensus that prevails. Most people personally support renewable energy, but believe they are in a minority: they are not. These are just two of the contradictions revealed in a poll by the new Energy and Climate Intelligence Unit, set up to support informed debate across the mainstream media. The unit has its work cut out.

And despite the claims made by energy companies, almost half of an energy-sceptic public (46%) thinks that shale gas exploitation would make no difference to energy bills. Sixteen percent think bills will go up, 27% believe they will fall.

When we met the new Energy and Climate Intelligence Unit earlier this year we heard of their aim to promote evidence-based communication across the mainstream media on energy and climate change. It hopes to provide an information hub, and to encourage stakeholder engagement in the debate.

The unit’s opening shot is a ComRes poll showing that:
Richard Black, director of the ECIU, said:


“This survey shows that there’s a huge gap between reality and perception on some key climate and energy issues. These are important findings given that the UK has crucial decisions to make on our response to climate change and our energy system in the next few years.
The breakdown between the views of scientists and the public on climate change is a particular concern. This feels reminiscent of the situation around MMR where most Britons thought the medical profession was split on the safety of the vaccine whereas doctors were virtually unanimous that it was safe.”

A central part of the new unit’s work will be to provide clear, accessible, up-to-date and expert-reviewed briefings on key topics.


Posted by Mike Shaughnessy at 11:50 No comments: 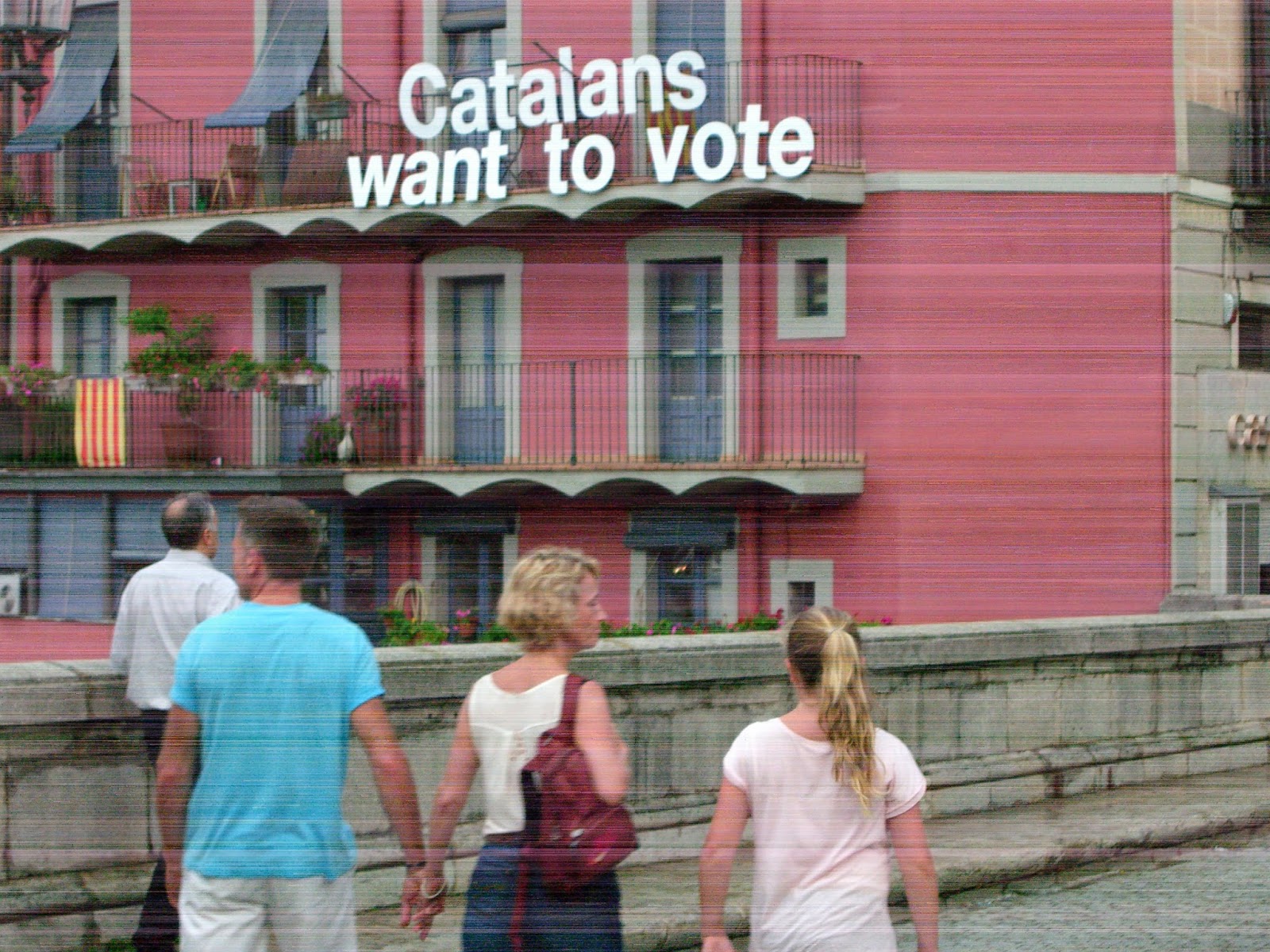 Postal ballots for the Scottish independence referendum were sent out today for the vote on 18 September, signalling the final lap of the campaign by the Yes and No camps and acres of media and public debate.

Very little attention though has been paid to the political, rather than purely economic, effect that a yes vote will have on the rest of the UK and indeed further afield. If you look closely enough, you will find that the ripple effect of the Scottish referendum is already visible for all to see and I expect this to intensify if Scotland votes for independence.

I visited Catalonia for a few weeks over the summer, a nation that was independent almost as long ago as Scotland was, and on the Spanish side of the border almost everyone it seems is flying Catalan flags from their balconies with a campaign in full swing to demand a referendum on Catalan independence. The Scotland/UK situation features heavily in the independence campaign literature. It looks like Madrid is having none of it though at the moment.

Interestingly, on the French side of the border, almost as many Catalan flags can be seen on display, but usually side by side with the French tricolour. I think this difference is down to the recent history of Spain, with the Franco regime still in the consciousness of ‘Spanish’ Catalans, where Barcelona was amongst the last places to hold out on the Republican side against Franco, in the Spanish civil war.

In the rest of the UK, where next might demand a referendum, on at least greater devolution if not full independence? Wales, Northern Ireland, Cornwall and maybe London might be next? The rest of the English regions would surely want to fight their corner too, and this is already happening to an extent, with the big cities (including London) banding together to call for them to allowed to keep more of the tax revenue they generate.

Check out this link to a rather long but interesting piece from a north of England perspective, which says that although London has a GDP that amounts to 22% of UK GDP, the English regions of the north west, north east and Yorkshire and Humber accounts for a combined 19% of UK GDP.

London’s economy is expected to grow 15 per cent over the next five years accounting for over a third of all UK growth. London government only spends 7 per cent of the taxes raised in the capital.


London manages this feat with around half of the population of these northern English regions combined, but has a population bigger than Scotland (8.2 million residing in the London Boroughs), and so could easily accommodate even full independence and for some of the same reasons as Scotland.

Much has been made of Scotland suffering at the hands of an English Tory government, where the Scots have more left wing sympathies than the (southern) English. This is undoubtedly true, but the same is true of London voters and the prospect of a permanent Tory government in rUK, would be just as unpopular here and in northern England (and Wales), that some form of devolution is likely to be sought to counter Tory government policies designed to favour ‘middle England’.

We live in interesting times.

Posted by Mike Shaughnessy at 13:39 4 comments: 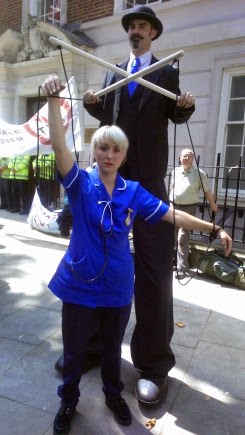 38 Degrees members across the country are signing up to a day of action against the Transatlantic Trade and Investment Partnership (TTIP) trade deal on Saturday 30th August.

TTIP is the largest free trade agreement ever negotiated and it threatens to be the greatest transfer of power to transnational capital in a generation. The ISDS provision included in the current negotiation of TTIP allows corporations to sue governments for any acts (ie laws) that may affect their future profits, such as banning poisonous additives to petrol,  as was the case in Ethyl vs Canada via NAFTA , the North Atlantic Free Trade Agreement. There is no equitable access to justice in ISDS, that is, governments cannot sue corporations within ISDS.

A long list of NGOs and watchdog organizations question why these negotiations are being done in secret, increasingly, as all their worst fears are being confirmed by sporadic leaks.

TTIP is a hugely influential trade deal currently being negotiated between the US and the EU. 38 Degrees members will be leafleting and talking to their neighbours, forcing this deal into the spotlight.

Put pressure on the government to fix or scrap this deal that could enshrine privatisation of the NHS and other public services, and would let businesses sue the government for putting people ahead of profits.


If you enter your postcode here you will be put in touch with other 38 Degrees members making plans for the action day on 30 August.

Posted by Mike Shaughnessy at 08:17 5 comments: