Trident - Another Day, Another U Turn by Corbyn’s Labour 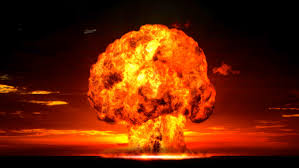 We have had the ditching of Jeremy Corbyn’s very sensible approach to the Prime Minister’s cynical negotiations on reform of our European Union membership, at the behest of shadow cabinet members. We have been told by the new shadow Chancellor, John McDonnell, that he is happy to accept George Osborne’s requirements for a balanced current account financial budget, despite all of the rhetoric from McDonnell about the Chancellor’s failed economic policies.

Now it seems, this year at least, Labour’s policy on the Trident nuclear weapons system will not be debated at the party’s autumn conference, leaving in tact Labour’s support for renewing this massive waste of money, white elephant relic from the cold war. It looks as though Labour MPs votes (together with the Tories) will see Trident renewed.

Where will it all end? I suspect in Labour fighting the next general election on a similar manifesto to what lost them this year’s general election. All of the bold claims of change and radical policies that emanated from the Corbyn campaign team during the Labour leadership election are, one by one, falling by the wayside.

In the 1987 general election, Labour, under Neil Kinnock’s leadership, campaigned to scrap the UK’s nuclear weapons capability. Labour lost the election, gaining only a little ground on the previous 1983 disastrous result. Labour promptly blamed their nuclear weapons stance for the defeat, and the policy was abandoned.

Skip forward some twenty years to 2007. I was talking to a trade union colleague of mine at the time, who had been selected as a Parliamentary Labour candidate for a winnable seat in south London. He probably would have won too, certainly he thought he would, but Gordon Brown’s infamous bottling of calling the general election thwarted my colleague.

I suggested to my friend, that the world had changed since 1987, no cold war, no Berlin Wall, no Soviet block. I asked why Labour was so wedded to nuclear weapons? He said he agreed with me, but because of 1987, the Labour party just would not campaign against nuclear weapons ever again.

It is hard to see what the benefit of retaining Trident is, where our enemies are not even nation states predominantly. What use is Trident against ISIS? And when there is all round belt tightening on public expenditure, could the vast amounts spent on Trident not be better spent elsewhere?

Trident is not even a truly ‘independent deterrent’, since the nuclear missiles on these submarines cannot be targeted effectively without guidance systems from US satellites. It is only independent if the US agrees that we should use them.

I know the establishment in this country go into a spasm at even the mention of us ridding ourselves of these weapons, so it would not be an easy fight to get rid of them. So, might I suggest a compromise to Labour?

How about replacing Trident with a cheaper, probably land based or airborne nuclear strike capacity? It would be a damn sight cheaper, and it would be truly independent.


Personally, I’ve always been against the UK having any of these weapons, but we may have to proceed slowly in the direction of scrapping them altogether. Either that, or keep paying through the nose for a system we will never use, just so we can affect a macho pose in world politics.