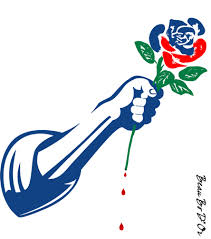 So wrote Antonio Gramsci, the Italian socialist, in The Prison Notebooks whilst incarcerated in a fascist jail between 1929 and 1935. This is often referred to as the ‘Gramsci paradox’.

This quote came to my mind watching the aftermath of Jeremy Corbyn’s landslide win of the leadership of the Labour Party.

Regular readers of this blog will know that I have taken a sceptical view of Corbyn’s chances of getting away with his stated policy aims. The Labour establishment, in and around Parliament, will just not have it.

First we had the Labour Party grandees, Kinnock, Blair, Mandelson, Straw and Brown (in more coded words) and others denouncing Corbyn’s policies as unelectable, during the leadership election.

When Corbyn won last week, several new Labour heirs refused to serve on the front bench, although it is not clear all of them would have been asked to remain anyway. Umanna, Cooper, Reeves, Hunt, Kendal, Leslie, Reed and Reynolds have all retired to the back benches to lick their wounds and plot against the new leader.

But another group of Labour MPs have decided to try and water down Corbyn’s policies that they do not agree with, under the cover of ‘party unity’. Policies, particularly concerning economic strategy, foreign affairs and defence are in their sights for at the very least trimming.

This tack has already borne fruit, with Corbyn’s potentially Eurosceptic views being headed off and him being forced into a U turn on his declared preference for not ruling out Labour campaigning for an EU exit at the forthcoming referendum, until we see what Cameron’s reforms amount to. He was forced to more or less say that Labour will campaign to stay in the EU, however bad Cameron’s reforms are.

Corbyn’s instincts were correct in my view, and I expect this will not be his only U turn on policies that won him the leadership of the party. The Labour establishment just will not accept that the party has changed over last three months and want to return to the Tory light comfort zone of the last twenty years.

I think that Labour is fundamentally un-reformable and probably always has been. Even in the days before new Labour came along. Labour was a road block to any radical policy agenda, and this when conference had some power. In those days, ironically, it was the unions that stopped proper left wing policies being adopted by the party. Now the unions are at the forefront of pushing for change, but it wasn’t always like that.

The only remote chance that Corbyn has of going into the next general election with anything like a radical policy agenda is to mobilise the new members who have joined to support him. But even then there would be a bloody civil war within Labour, which might result in defeat for Corbyn and his supporters. Imagine hundreds of MPs refusing to vote for Corbyn’s preferred policies? And perhaps joining the Lib Dems or Tories?

Something has happened in British politics in the last few months, a thirst for something different has erupted in the Labour Party, although it is only the latest manifestation of this restlessness for change amongst the public. These political earthquakes have been driven by social movements of one kind or another, and in England and US they have attached themselves to one of the established political parties, but in Europe (including Scotland) to a new or different party. My feeling is that the Europeans have got this right.

I think it was Noam Chomsky who said that the US Democrat Party ‘is the graveyard of progressive movements’ and I think the same goes for the Labour Party too. Radical political change will not be achieved through the Labour Party, it is an obstacle to change.


When Corbyn falls or U turns so much to become an English Tsipras, there is a danger that people will just give up. I hope they don’t but instead realise that Labour is not fit for the purpose of change. Only when Labour is killed off for good will a new left movement in this country arise. I like to think that the Green Party will be part of the new untarnished British left that will replace it.