Feeding the Monster at Home and in Europe - Part 1 Home 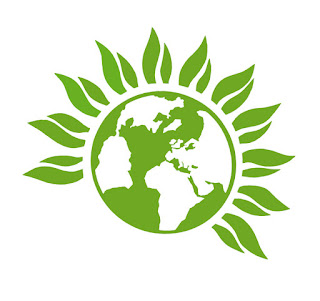 It’s conference this weekend and no doubt many discussions will be had on the new landscape produced by the Corbyn victory.

Yes I take the view that we should, as an organisation, welcome the Corbyn victory and hold out the hand of friendship and cooperation. I, though, have no doubt this bright new landscape will soon, if not already, tarnish. I suspect that Corbyn hasn’t captured the Labour Party but the Labour Party has captured him, the next few months will be more revealing.

Our leadership have of course said this will not hinder the growth of the Green Party (GP) or our ideas. In the long term I think they are right but in the short-term they are wrong. Our members are going to Labour, their illusions will of course be shattered but we shouldn’t pretend it is not happening. Our problem is how in the short-term do we deal with this situation? We need to be friendly but give our own independent image a strong boost to counter the flow to a still neoliberal Labour party. Upcoming shortly is the TUC march at the Tory Party conference; this will be an opportune time to reassert the GP as the best fighter against the neoliberal agenda on a national scale. In short we need headlines – the headlines (even the bad ones) are at present going all Corbyn’s way.

The GP needs to reassert we are still here and active on a national scale. We need to lead a major NVDA (Non-violent Direct Action) at Tory conference. Some of you will remember that at this time last year one of our ex-comrades accused the badgers of an infantile protest outside the Tory conference last time round. In my mind the badgers have more spirit and guts and leadership qualities than the entire leadership of the TUC! The badgers, aka a small group of Hunt Saboteurs, and a few Greens, 3 of us from the GL at least, dared to stop outside the main entrance to the Tory conference and shout naughty things, big deal! This time round we need a major NVDA action led by the GP, including our leading members, who should all be willing to get arrested. If there is any violence it will come from the police and the various other arms of state security present, not us Greens.

We can no longer just meekly walk past Tory conference to some Manchester square or park to listen to Corbyn or anyone else, we need a major NVDA and we need to be seen to lead it. It was brilliant when Lucas got arrested for sitting down against fracking and it was equally brilliant when a GP Chair of one of our London parties got arrested last week at the arms fair, we need to replicate that big time at Tory conference. The days of the TUC marching us up the hill only to march us down again should have been over decades ago. The TUC are weak, moribund; the rank and file need to take over the agenda and actions. And the Green Party need to be in there leading by example.

If all I want in Manchester is to watch Corbyn and some GP leader speak, then I can stay at home and catch up with it on RT (Russia Today TV). The action on the streets against Tory destruction of our living standards and environment isn’t going to come from Corbyn, but it should be coming from the GP.

Part 2 Europe is here
Posted by Mike Shaughnessy at 10:41