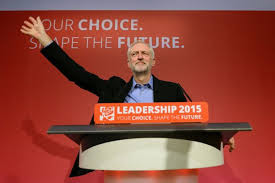 So, Jeremy Corbyn is the new leader of the Labour Party, winning almost 60% of the first preference votes in a stunning victory over the right wing establishment in the party. You can see the full results of the ballot for leader and deputy leader on the Labour Party website here.

You will see from these results that Corbyn won easily in each of the three sections eligible to vote, members, affiliated members (union members) and registered supporters. This is significant given the hysteria whipped up around ‘infiltrators’ in the registered supporters section and gives Corbyn a popular mandate for the man himself and more importantly for the policies he advocated during the campaign.

But the really hard work begins now for Corbyn and his supporters in the Labour Party. As I reported on this blog here there are elements in the party, particularly amongst MPs, that will not be at all happy about this result.  Leadership rivals Yvette Cooper and Liz Kendall along with Chuka Umunna, Rachel Reeves, Tristram Hunt, Emma Reynolds and Jamie Reed  have all resigned from Labour’s front bench immediately after the ballot result was announced.

They have all attempted to be gracious offering congratulations to Corbyn and saying the party must remain united etc, but the message is clear, they will keep their heads down for a while, and await an opportunity to remove him. This is the only thing they can do for now because it would not look good to ignore a democratic vote of the party, but they will calculate that their moment will come, probably in the not too distant future.

Other Labour MPs will try to ‘moderate’ Corbyn’s policies from within the shadow cabinet, much in the same way that Ed Miliband’s leftish instincts were watered down by his colleagues, although Corbyn may be more resistant than Miliband was.

Labour’s opinion poll rating will be watched closely, and if it fails to improve, murmurings will begin. The first electoral test for Corbyn’s Labour will be at next year’s London Mayor and Assembly elections (plus local authority elections). Labour does well in London and so if Sadiq Khan fails to win the London mayoralty and they do not control the Assembly, Corbyn will be blamed and the murmurings will get louder. Expect Blairite figures in the party to appear in the media denouncing the ‘lurch to the left’ and the stating the impossibility of winning the 2020 general election, at this stage.

Next will be the referendum on Britain’s membership of the European Union (EU), where Corbyn appears to be hedging his bets, but Labour is pretty solidly in favour of remaining in the EU, so this issue has the potential to cause splits if Corbyn comes down on the side of leaving.

Ex-Labour leader and Prime Minister Harold Wilson famously observed that ‘a week is a long time in politics’ so four and a half years is an absolute eternity, and much will happen before 2020. As another former (Conservative) Prime Minister, Harold Macmillan when asked what was the most difficult thing about politics, replied ‘events, dear boy, events’.

The Tories and their friends in the media will relentlessly attack Corbyn’s Labour as a danger to the country’s fortunes, everything from defence through foreign policy to economics. Make no mistake about it, Corbyn is in for some rough treatment and he will be under tremendous pressure. I have my doubts whether he will survive until 2020 as Labour leader.

But having said that, I didn’t think he had any chance of becoming Labour leader a couple of months ago, and I was dead wrong there. Perhaps Corbyn will rise to all of the many challenges that will be presented to him, and manage to galvanise his strong support amongst the Labour membership at large to push through his agenda, and it may even be popular with the voters.

Maybe, this is the long overdue turn of the political wheel. It is forty years since Margaret Thatcher was elected as Conservative Party leader on a radical agenda which changed British politics away from the post second world war consensus, to the neo-liberal  political economy we have suffered ever since. Things in politics go in cycles, it could be that Corbyn’s victory today signals a change towards a new era in British politics.


I wish him well.

Posted by Mike Shaughnessy at 08:20