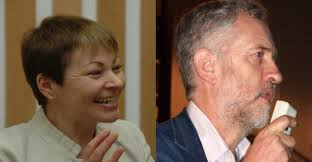 I don’t know whether Jeremy Corbyn, the new leader of the Labour Party, reads this blog, but his strategy for the upcoming referendum on Britain’s membership of the European Union (EU) now appears to be remarkably similar to what I recommended here on this blog ten days ago.

Corbyn’s wait and see what David Cameron’s ‘renegotiations’ bring tactic, is a sensible approach. No one seriously expects Cameron to come back with anything good for the people of the UK, so why should the left hand him a ‘blank cheque’ on the issue?

I count myself as a Europhile, but I’m not prepared to vote to stay in the EU at any price at all, and it will just encourage Cameron to take the left voting to stay in the EU for granted, and to pander to UKIP and the right of the Tory party, when it comes to reforms of our membership. Better that he is wary of left voters choosing the exit option and tilting the balance to Brexit.

For Corbyn this is a risk, he knows Labour MPs are overwhelmingly in favour of remaining in the EU (at any cost it seems), and at a time when he is trying to unify the Parliamentary Labour Party behind is leadership (under considerable difficulty), the issue has the potential to cause a serious split in Labour.

I expect, if he decides to follow an EU exit route at the referendum, he will use the same tactic as Harold Wilson did in 1975, under similar pressure from pro and anti EU (or common market) MPs in his cabinet and the wider Parliamentary Party.

Wilson allowed Cabinet Ministers to campaign for their preferred option, whilst he campaigned to remain in. This headed off serious trouble in the party, but Wilson was a master of party management. It remains to be seen if Corbyn can do as good a job of it as ‘old Harold’.

Some trade union leaders seem to be contemplating campaigning for exit if Cameron’s reforms are what we expect them to be. Len McClusky of UNITE, Paul Kenny of the GMB and Dave Prentis of UNISON are all making this point at the TUC conference today.

Meanwhile, where does this leave the Green Party MP Caroline Lucas and her desire for staying a ‘better, people’s EU?’ Quoted in the Huffington Post, in a piece entitled ‘We Must Stay In The EU, Regardless Of What Jeremy Corbyn's Labour Party Says’ she seems to have given up on getting support for this line from Corbyn. Speaking ahead of the TUC conference, Lucas calls for “progressives to unite in support of the European Union”, in opposition to Corbyn’s stance. ‘Progressive’ is a term I dislike intensely, but I think she means those on the broad left (including the Lib Dems).

Because the fact of the matter is, we will not be voting on whether or not Caroline Lucas’ utopian EU becomes a reality, far from it. Corbyn at least suggests that he will try to work with other European left parties to get some positive changes to the EU, but in the end, the only realistic left position could be to vote to leave.

This may even become a dividing line in the Green Party itself as the liberals favour staying but the socialists favour leaving. The Green Party has always been mildly Eurosceptic, preferring political decisions to be taken at the lowest possible democratic level, unlike the remote EU, it may be time to display this scepticism rather than parrot the uber pro-EU line of the Liberal Democrats.


All of the old political certainties are falling by the wayside with Corbyn’s election, the Greens should get with the times.
Posted by Mike Shaughnessy at 10:08