Rent Control is a Must 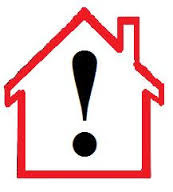 
We have a housing crisis in this country, it’s an undeniable fact and it’s been that way for the best part of a decade if not arguably longer. But I want to first start by saying that without a doubt the biggest help to weather this crisis is the building of more social housing, however the reality of our housing shortage is such that we simply cannot build enough social housing fast enough for those who need homes today, yesterday, ten years ago.

Which of course brings us to private rented accommodation, the private landlord sector is a minefield to navigate and due to a lack of regulation is filled with poor landlords charging extortionate rents with tenants having a pretty poor standard of living. For many home owners who choose to become landlords they do so because homes are no longer just a place to live but something with an exchange value something to generate income or in a lot of cases a way to provide a pension.

In fact it’s this latter type of landlord I am most familiar with, a friend of mine who does not consider himself well off yet owns two homes rents his second home out. His reasoning when he told me this was because he wanted a pension as he believed the state pension would be gone before he got there and private pensions weren’t worth the paper they were printed on.

Now this particular friend has always been a more fiscal conservative type with his own money and despite his belief in not being well off he is in fact well off. I explained that many people might even consider him rich in comparison to themselves. This concerned him a little bit and out interest he asked me what my rent was (Now I should point out I am lucky enough to be in Social Housing even more so that I was one of the last people to receive a Life time tenancy before the coalition did away with them).

Suffice to say he was shocked to discover that there was just over a £200 difference between what I paid a month in rent to what he charged his tenants a month. Of course my friend isn’t alone in the world of Private Landlords who charge quite a world of difference from that of Social Housing. 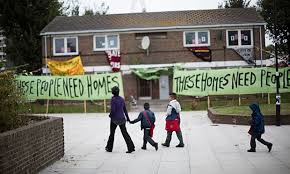 So with Social Housing not being built at a sufficient rate for the minute the private rented route becomes the only route open to many, and of course a number of those people may very well receive some form or full housing benefit. The Benefit cap that has been brought in, is in part a supposed answer to this issue.

When in reality the solution is rent control, by legislating and making it a legal requirement for private rents to be more in line with social housing costs, private tenants will no longer spending half of their income on rents, those in receipt of housing benefit will no longer require as much benefit and the bill comes down.

Of course what about my landlord friend who sees his second house as a pension, well the obvious solution there would be to fix pensions easier said than done I know. There was a time when homes were a place to live, filled with memories and a person only wanted one now it is seen as a potential gold mine if you have more than one, a place where you can charge someone the earth and they should be grateful for it no matter what the cost. (London being a prime example of unregulated rents and greed)

In this country no one should be without a home that provides a certain level of comfort and a decent standard of living. More Social Housing is undoubtedly part of this solution a big part, but rent control is also a must for those private landlords because there will always be private renters and this two tier system doesn’t work and it has reached its breaking point.

It is time we simply said, it isn’t right and our Government will make sure being a landlord isn’t just an exercise in Greed but one of Moral and Social responsibility towards the people they take as tenants.

Of course Rent Control isn’t the only thing required length of Tenancies is an Issue and Tenancies of only 3 months or 6 months or even 12 months is insecure and in the private sector the tenant is at the whim of the landlord at the end of this period.

That isn’t conductive to a decent standard of living if someone decides to become a landlord then they should also commit to being one for a period that is of course suitable 3 years perhaps with the landlord being required to give plenty of notice 18 months say of a tenancy not being continued.

Of course these are just ideas but they are kinds we need to discuss, and social housing is by no means perfect I would love to see life time tenancy come back, so people new that it wasn’t a worry every couple of years that they had a home to raise a family.

But as I come back to rent control it isn’t just in housing such a control is required, commercial property is also a gold mine for those people who rent out such property. My experience of this comes from another friend who wanted to start a small business, he being a fully qualified mechanic decided that he wanted to open a garage.

Despite the recession and the banks, he wrote such a convincing business plan, and had support from his parents and family that the bank gave him the money. Like any new small business he struggled in the start but started making progress getting past 12 months being a milestone.

He then had the luck of getting a contract with a small fleet of transport vehicles, sadly because he had gone past 12 months of trading his rent rates where doubled through no reason other than 12 months had passed. It crippled him, he had to close his doors and turn down money that would be on his books and being able to grow his business due to nothing more than Greed. 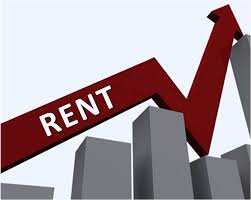 Without a doubt rent control is a must for small to medium business, by charging them a reasonable amount it gives such business opportunity to grow and develop and not be crushed just as they might very well be growing. How much could my friend have possibly contributed to the local economy how many others could have done the same for their local economy?

What price should rent control settle rates on? Well that will depend on the size of the property number of rooms and council banding as this effects Social Housing rent.

But the need for it has never been clearer, we need to address the housing crisis in this country, Social Housing is a big part of this but so is the need to reform the private rented sector.

The private rented sector has become a hot bed of greed, the pursuit of money has become the end all and be all. Private rented sector is of course a business and like all business if you do not legislate then it will run a mock (the example being the minimum wage, if you no longer made this law how many businesses would continue to pay it? A business is there to make money and as much of it as possible it doesn’t care about social and moral responsibility, profit is the end all and be all.)

Legislation is there to make sure that the social and moral responsibility of society is enacted upon business (Minimum wage, unfair dismissal etc) this should be no different for private landlords who think it is acceptable to charge over 50% of someone’s wages that isn’t living its surviving, and sadly more and more aren’t even able to do that.


We want a more equal society, then it’s about time we made those who become Private Landlords realise there tenants are not cash cows to milk and that a home first and foremost is exactly that.

Posted by Mike Shaughnessy at 10:44