Will a New Political Centre Party be Formed in the UK? 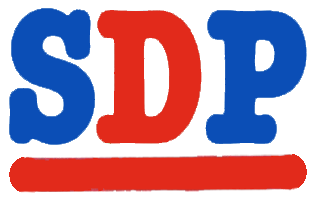 This really is a news story that will not go away. Ever since Jeremy Corbyn was elected Labour Party leader, but especially since after he was re-elected to the post last year, there has been a constant drip, drip of speculation, of a breakaway ‘centre left’ party being formed.

This week, the story was re-ignited by a tweet from James Chapman, a former aide to Brexit Secretary of State, David Davis, and ex Daily Mail political editor. The text of the tweet @jameschappers was:

“Past time for sensible MPs in all parties to admit Brexit is a catastrophe, come together in new party if need be, and reverse it.”

He later tweeted it was “well past time for sensible journos on papers that supported Brexit to admit it is going to destroy lives of many of their readers.”

As this suggests, the main issue that might unite elements of the Labour right and Tory left (such that it is), together with the Lib Dems, is Brexit.

Who might we add to this list? In Parliament, other Blairite Labour MPs and Europhile Tories, like Chris Leslie and Ken Clarke, and peers Like Lord Mandelson and Lord Heseltine. Perhaps the Scottish Tory Party leader Ruth Davidson?

Outside of Parliament, Tony Blair ex Labour Prime Minister, ex Labour Foreign Secretary, David Miliband and Nick Clegg, former leader of the Lib Dems. And what about the former Tory Chancellor, George Osborne? Chapman was previously an aide to Osborne when he was Chancellor, who now edits the Evening Standard. He has used this position to attack the Tory government, especially over Brexit.

Chapman has even suggested a name for the new party, ‘The Democrats’. The New Statesman revealed back in June this year, that Osborne had approached the then Lib Dem leader, Tim Farron and some Labour MPs, after the Brexit vote, with this idea, and with the same suggested name. Might Chapman be the front man for Osborne here?

But will this new party ever actually happen? I think the chances are against it. The fate of the break away party from Labour in the 1980s, the Social Democrat Party (SDP), is still fresh in the minds of many MPs, particularly Labour ones. After a brief spike in the opinion polls (polling at around 50%), the party dwindled and merged with the then Liberal Party to form the Lib Dems.

Some point to the victory of Emmanuel Macron in the French presidential election this year, on an unambiguously centre ground ticket. But Macron only got 23% of the vote in the first round of the election, and only won so easily in the second round because his only opponent was the far right Marine Le Penn. His new party did though win the most seats in Parliament.

It is highly likely, given the First Past The Post electoral system in the UK, which makes it very difficult for new parties to break the old Tory/Labour duopoly, that this new party would suffer the same end as the SDP.

It is debatable whether being anti-Brexit is enough in itself to attract large numbers of voters, as the Lib Dems found at the recent general election, where they only made modest gains, despite being the main pro-EU party (in England anyway). Over 16 million people voted to stay in the EU, but the Lib Dems only got less than two and a half million votes. Many Remain voters backed Labour, but Labour fudged the issue of Brexit somewhat, but that can’t last forever.


One thing the new party might do though, like the SDP did, is split the anti-Tory vote, and make it impossible for Labour to win. When Blair came up with his New Labour Party idea in the 1990s, it was accepted in the party mainly because, hindered by the SDP, Labour had lost four general elections in a row. The Blairite’s might see this as the only way they will pull the Labour Party to the political right, or ‘centre ground’ as they see it.