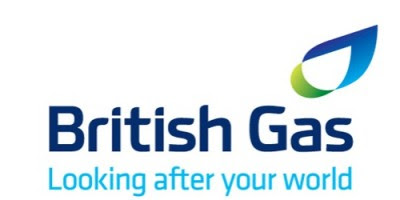 British Gas announced today that it will be increasing its electricity prices to customers by a whopping 12.5% overall, in September this year. The rise comes despite Centrica, who own British Gas, reporting underlying operating profits of £816m for the six months to 30 June. Admittedly, this is a fall of 4% on the previous six months, but as even Centrica concedes, this is due to unusually warm weather in the UK this year.

Centrica also said that wholesale energy costs had gone down and were not the reason for the price rise. Centrica chief executive Iain Conn told the BBC:

"We have seen our wholesale costs fall by about £36 on the typical bill since the beginning of 2014 and that is not the driver. It is transmission and distribution of electricity to the home and government policy costs that are driving our price increase."

Conn, was handed a pay rise of nearly 40% last year, taking his remuneration package to £4.15m according to the Guardian.

A government spokesperson countered the claims by Centrica by saying:

For once, I believe the government and Centrica are just talking bullshit.

British Gas is the biggest of the ‘Big Six’ energy providers in the UK. The other five are EDF Energy, npower, E.ON UK, Scottish Power and SSE. And here we have the problem in a nut shell, these six companies supply gas and electricity to over 50 million homes in the UK, which equates to over 90% of domestic energy supply.

It is likely that the other ‘Big Six’ will now follow suit with prices rises, because, well they are a cartel, and can pretty much do as they please.

So what is to be done? Well, the government is muttering about reviving the idea of energy price caps, which they did promise in their election manifesto less than two months ago, but have now shelved. I doubt it will happen.

As usual at a time when this type of news breaks, people are blamed for being on the wrong tariffs, which may be true, but with hundreds of these tariffs on offer you need to be quite savvy to get this right. Maybe the government should abolish multi tariffed selling? But they won’t do that either. It goes against their worship of the concept of ‘choice.’

There are calls being made for introducing more providers into the market, which might to some extent help, although we would still be looking at a profit motive, and to break such a cartel as exists in UK energy supply is no easy thing to do, and certainly not quickly.

But there is another way, again it would take a little time but have huge benefits, beyond busting the UK energy cartel. Promoted by organisations like Greenpeace, Local Energy Networks, could be the solution to not only fair pricing but also climate change and democratising energy supply.

Centralised energy production is hugely wasteful, with something like two thirds of all the energy produced wasted in transmission, from power station to homes. The loss is through the cables, and the longer the cables the more energy is lost. Also, the amount of heat thrown away, in for example cooling towers, is equivalent to all the heating and hot water needs in the UK's buildings. Ironically ‘transmission costs’ were something British Gas blamed today for the price hike.

By contrast, in a decentralised energy system, electricity is generated close to where it is needed, so that the heat, which would otherwise be wasted, can be used in the surrounding homes, offices and factories.

Decentralising our energy system allows that 'waste' heat to be used. This better alternative can slash energy wastage, radically cut CO2 and ensure we get maximum energy from our fuel, giving us improved energy security.

Local Energy Networks also have revolutionary ecosocialist potential. They can be owned by community cooperatives, rather than corporations. We could potentially push the big, inefficient and downright greedy corporations right out of our lives.

Posted by Mike Shaughnessy at 12:06