Why do we Owe the EU Money after Brexit? 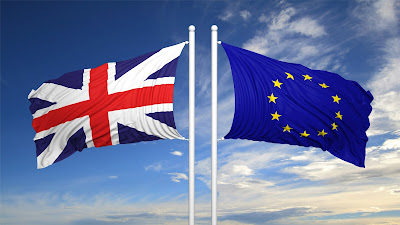 The Sunday Telegraph reported at the weekend that the UK government has accepted that it will have to pay a ‘divorce settlement’ to the European Union (EU) after leaving the organisation. The figure quoted is £36 billion, although the government has said this is just speculation.

The Evening Standard revealed over a month ago that Whitehall ‘sources’ said it was widely accepted among civil servants that a fee of £30 billion to £40 billion would have to be paid the EU. The Standard also reported:

‘A UK Government official said the size of any payment was a matter for negotiations, adding: “We have already said we will meet our obligations in line with international law. We have also said the payment of vast sums to the EU will end.”’

This is a considerable change of line from the government, with Foreign Secretary, Boris Johnson, only weeks ago saying the EU can ‘go whistle’ for any payment. The Prime Minister, Theresa May, was also reported to have told Jean Claude Juncker, President of the EU Commission, ‘we don’t owe you a penny’ at a dinner in Downing Street, although this was before the general election.

The EU have said that negotiations on any future trade deal between the EU and UK will not begin until the exit payment is agreed. So, the EU has us over a barrel, so to speak, but what exactly are our obligations to the EU?

In a recent report, the EU Commission said that “orderly withdrawal…requires settling the financial obligations” and that “the methodology for the financial settlement…has to be established in the first phase of the negotiations”.

The Commission has though published its opening position on its methodology which states:

‘Through its approval of the successive Multi-annual Financial Frameworks (MFFs) and the Own Resource Decision (ORD1), the United Kingdom committed to fund a share of the Union obligations defined by the ORD rules in all its dimensions. In particular, through the adoption of the basic acts (legal base), each programme has been allocated a reference amount to be spent according to a financial programming over the period 2014-2020.’

Clear as mud then.

We do have some idea of the likely items that will constitute the UK’s obligations to the EU after Brexit. The Institute for Government says there are four main components:

EU budget payments are ‘back loaded’ and so some commitments are not fully funded as yet. The budget cycle runs until 2019-20, the year the UK is scheduled to leave the EU, but the EU may want to carry forward payments into 2020-21, which the UK is reluctant to do. However, if a transitional exit deal is agreed then this would run on for the period of this deal, at least.

Obviously, this is an item that has future liabilities, and the UK would have to at least fund its own citizen’s EU pensions after Brexit, but the EU may well want the UK to contribute to whole fund, perhaps as a one-off payment, for other associated costs to the scheme.

The EU acquired these whilst the UK was a member, so the EU will expect payments to cover all liabilities. For example, when the 2015 EU accounts were drawn up, outstanding loans to Hungary, Ireland, Portugal and Ukraine collectively amounted to €49.5 billion. Some of this money might be reimbursed though, if the loans are repaid.

Other costs of withdrawal

This would cover the relocation of the two London-based EU agencies after Brexit; the European Banking Authority and the European Medicines Agency. Other costs include the decommissioning of the Joint Research Centre nuclear sites and funding British teachers seconded to European schools until 2021.

There will be calls from the hard Brexit camp to simply walk away from the negotiations, and stuff any future trade deal. If a political solution cannot be agreed, it could become a legal case in the International Court of Justice or the Permanent Court of Arbitration, both located in the Hague. It is hard to predict the ruling, but if it went against the UK, we would have to stump up the money, or face possible economic sanctions.


It appears that the UK will have to pay some kind of settlement, but it could be staged over a number of years and the figure of £36 billion is probably pretty close to what we will end up paying. Although, I think public opinion may be shifting against leaving the EU, and so we may not leave at all.