Workers are the Real Wealth Creators 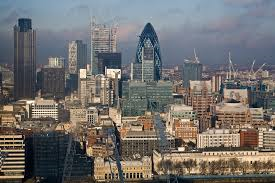 The mainstream media are obsessed with making life easier for what they call ‘entrepreneurs’ who, they claim, are the creators of wealth in our economy. No stone is to be left unturned in the effort to encourage these individuals to ‘innovate’. Employment protection laws, commonly referred to as ‘red tape’ must be cut, legal protection though must be given to businesses in the form of copyrighting, trademarking and patenting and we must reduce corporate and individual taxes, or allow them to be avoided completely.

We will no doubt hear a lot about the ‘wealth creators’ at next week’s Tory party conference, as these most revered people are exalted from the podium by speaker after speaker. These individuals are treated like rock stars by the conservative and liberal politicians and media. They are the very essence of cool.

Now, I suppose you can see that some business people are genuinely ‘entrepreneurs’, the likes of the now deceased Steve Jobs at Apple or Bill Gates at Microsoft, in that they created something new which people like and want to buy in their millions. It should be pointed out though, that the adaptation of tech products that have proved so successful would not have been possible without the invention of the internet and world wide web, which originated in the public sector (for defence and espionage purposes). As well as fibre optic cable being invented by BT engineers in the days when it was still publicly owned.

But this wealth creator’s club membership has been expanded in recent years to include characters like Richard Branston, who has probably never had an innovative idea in his life, but through a flair for egotistical self publicity and a parasitical ability to exploit government contracts for providing public services, is being hailed as an ‘entrepreneur’.

Then we have our old friends the bankers. What do these people invent other than financial packages delivered sometimes through legal loop-holes (sometimes by outright fraud) in financial services regulations? They basically push money around the capitalist financial system and cream off a healthy profit for themselves. In what way is this entrepreneurial in any way?

One of the reasons that are often cited to justify the huge financial rewards on offer to ‘entrepreneurs’ is that they are ‘risk takers’ with their own money. What risk is Branston taking by taking over public service monopolies like railway travel? What is the risk for bankers when if it all goes wrong, the government (tax payers) step in and cover their losses, because the banks are ‘too big to fail?’

In the real economy, wealth is created by the workers who make products or provide services that people want. There is also a huge support network of other workers, transport workers, office cleaners, window cleaners and restaurant staff. Beyond this, there is an outer network, doctors, teachers, nurses, care staff, police, refuge collectors, security guards and communication workers. None of these people is given anything like the same acclaim as our ‘entrepreneurs’, but wealth creating is pretty much impossible without them?

Indeed, if these workers have the temerity take strike action, like London Underground staff which results in businesses losing money, the law must be tightened to make it more difficult for their unions to operate. The media wage a campaign of vilification against workers who just don’t know their place.

In his book Rebel Cities, David Harvey gives several examples (mainly in South America) of workers who cannot even afford to live in the cities that they serve, coordinating strike action that paralyses the city and slowly squeezes the life out of it. It takes something like this for the essential work that these workers do, to be recognised, and as Harvey points out, gives cities and their workforce revolutionary potential.


London is becoming so expensive to live in these days that we could have a similar scenario here in the not too distant future. If something like this happens in London, then we will discover who the truly important individuals are to wealth creation in the conurbation, and it won’t be those parasites who spend their time quaffing champagne and the rest, in the Square Mile.