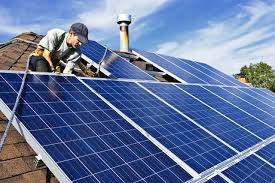 The Guardian reports that the government are to scrap tax relief for green community energy schemes, when George Osborne the Chancellor announces his spending review at the end of November. This comes on top of a cut of 87% in the Feed In Tariffs (FIT), which is the amount of money paid to generators of renewable energy, to make it financially worthwhile investing in the technology and setting up the schemes.

All pretence it seems, of cleaning up our energy production, has been jettisoned by this government now. The ‘green crap’ as the Prime Minister is reportedly to have termed it, has served its purpose in detoxifying the Tory brand, to some extent anyway, and the public relations exercise is now redundant, and climate change etc can be ignored once more. Or, use the climate change argument to support large scale centralised nuclear power production, which obtains huge amounts of subsidies from government, much more than renewables have ever done.

The idea of local renewable energy networks has been championed by Greenpeace in particular. This is from their 2006 report ‘Decentralising Power – An Energy Revolution for the 21st Century:’

In our existing system, electricity is produced in a small number
of large power stations, and then distributed to where it is
needed. Because the power stations are generally far from
centres of demand, much of the heat which is produced when
fossil fuels are burnt is not used, but vented up chimneys or
discharged to rivers. This heat loss alone represents a wastage of
over sixty percent of the total energy released by burning the
fossil fuels. Further losses occur as the electricity travels along
the wires of the transmission and distribution systems.
In total, the energy wasted at the power station and on the wires
is equal to the entire water and space heating demands of all
buildings in the UK – industrial, commercial, public and domestic.

This is one of the main problems with large scale conventional electricity generation, it is very inefficient, as well as being mostly ‘dirty’, i.e. the generation is mainly from fossil fuels. By moving to a localised network of renewable generation, Greenpeace estimate that the UK could reduce its carbon emissions by at least half of all emissions from the power sector, or 15% of our total emissions.
Moving to localised energy networks would probably be cheaper in the long run too, as the current centralised system is very expensive, and local networks would deliver electricity supply which is far less vulnerable to massive system failure due to sabotage or extreme weather.

But the real beauty of this idea is in democratising our energy supply, and the radical opportunities that this would bring. The report says this:

Decentralising energy would also democratise energy,
providing real opportunities for local political leadership on
climate change, and curbing the influence of the centralised
industry’s powerful vested interests. By enabling local action
and empowering individuals and communities as producers,
decentralisation has the potential to bring about a massive
cultural change in our attitude to and use of energy.

And not only that, it has the potential to push the energy corporations completely out of our lives. Imagine, small scale cooperatively owned clean electricity, our electricity shared amongst members. It would be a staging post on the long road to ecosocialism. Actually existing, for people to see working to the benefit of the environment and for us users.

Maybe the government realises this, and their move to discourage this type of good example by reducing subsidies, is a sign?

Posted by Mike Shaughnessy at 11:53