My Experiences of Welfare 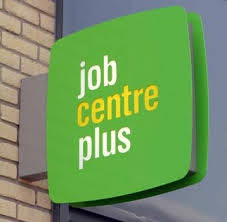 This was spoken by President Franklin Delano Roosevelt, in what he dubbed the second bill of rights and while it may seem odd to use an American President’s words when discussing welfare in this country, it serves to highlight a point.

So what do I know of welfare? In truth quite a bit, in my working life I have been unemployed a total of 4 times for various reasons and for different lengths of time from a few months, to 18 months. During these periods I have experienced various schemes designed to “help” the reality is of course that help is the furthest thing from the agenda.

During the 1980's there were schemes that provided training for the unemployed in fact my own father was able to obtain his HGV license through such an scheme and has never been unemployed since. In 2015 there is no such scheme, The Work Program consists of being handled by a third party organization (A4e, Prospects, Working Links) who in the first instant access how “job ready” you are.

The less job ready you are the more things will be done with you such as CV building workshops, mock interview and even work experience, things that may very well help. However to be classed as job ready and these third party organizations have very little to offer and in all honesty will wait around and wait until you find work and then claim credit for this to get paid.

As happened to me I had been on the hailed Work Program for 3 months and had been found work ready, had my CV assessed and had a few words changed here and there and then nothing. I had signed on with different agencies and as luck would have it I was offered a 4 month temp assignment.

My temp role ended up lasting considerable longer, however all good things must come to an end as did this job, so back to the job centre I went and having had several temp jobs over a number of years I made the decision that this time I would take nothing less than a job that would last at least 12 months to try and break the trap that had become temp work.

This led to my longest time unemployed, 18 months. So I would look for work and sign on and each fortnight my revolving door of “advisors” would ask is there anything we can do for you. Each time my response was well what can you offer me, can I get training for this or that?

The short answer was “No” the explanation was we are simply not funded to provide that sort of in depth training. Many people who have never had to sign on have asked me ‘well why wont they help you what advice did you get?’

It shocked them to discover that a Job Centre Advisor is actually classed as an Admin Officer, in other words they are administrators and that is what happens to you when you sign on. You are administered, your job seeking evidence is checked and verified and you may be given some specific tasks to do before next signing on. 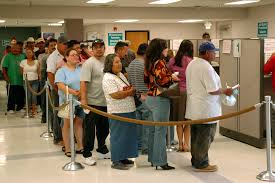 As you may imagine its not very happy or positive place and you can be the most motivated person in the world, but after several months you become sapped of all positivity and depression will begin to set in and you become much more despondent.

Then, if you are unlucky you can get caught for being late to a Job Centre appointment or fail to attend a meeting you didn't know about because Job Centre mail goes out as second class mail and if it wasn't sent out at least four days in advance will not reach you in time.

Any of these things can result in sanctions, sanctions are of course taking away money from those who already have no money and this can last in extreme cases for 3 months or more. The idea is that a claimant signs a job seeking agreement and if that person is then determined not to have kept their part of the agreement then a sanction is the acceptable response.

The reality is two fold, Job Centre staff have a sanction target that they have to achieve and so the staff are put under pressure to sanction anyone who may have even only just breached their agreement. But of course the real issue is what does the person who has been sanctioned do for money, to pay for food, the electric and gas to be able to wash with hot water etc.

The answer has increasingly become Food Banks, charity groups who have taken to feeding the hungry of this country. That statement alone should make us all angry and disgusted, that this country rich as it is has people relying on charity to help feed themselves and their family, even more disgusting is a greater number of these people work some form of job.

Finally one of the worst things about being unemployed besides the obvious, is the perception others have of you, thanks to a media obsessed with benefit cheats (which accounts for a tiny fraction, indeed corporate fraud along with tax loopholes and avoidance is massive in comparison) you are also made to feel ashamed.

The number of people I spoke to when I was unemployed who believed I was getting a free ride, or who would say “if you got it so bad how come you have broadband and TV.”

This is a popular question among those who seem to hate and despise the unemployed of course the answer is very logical.

I haven't always been unemployed and I bought things when employed some of those things like broadband, are paid on a contract basis. As a side note it is now a requirement for all job seekers to have access to e-mail and a computer with internet access to actually job seek, it is no longer a luxury but an essential to the modern job seeker.

Many people believe the unemployed get it easy, in reality an unemployed person doesn't have any pride, we are fully aware of the perception that a lot of people have and you ask most unemployed people if they would rather be working or signing on?

They will say working, the perception many want to stay on benefits is total utter rubbish, spouted by people who have never been unemployed or “know someone who has it easy.”

Before we had the welfare state this country had a monstrous place known as the workhouse, the idea was that those who were unemployed and sick should be made out to be like criminals and feel ashamed and then they would never ever want to go back. 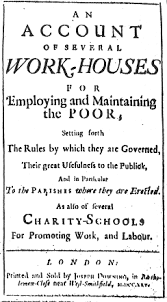 This country got rid of the workhouse but in recent years something from that period has returned and that is shame, the unemployed are shamed and made to feel less than a person with programs like benefit street, and the government pushing mandatory voluntary work schemes (yes you read that right) for big corporations. Today in 2015 the disabled and the unemployed are made to feel ashamed are paid well below what anyone would consider the bare minimum to survive on.

Increasingly we are told that the protection from being unemployed can be taken away or have increasingly ridiculous tasks to complete to maintain their benefit. In 2015 the spectre of the workhouse remains as it seems the current attitude is it is better to shame as this motivates.

Anyone who has felt shame will know it isn't a motivator. So perhaps now my quote at the beginning makes more sense, for during the second world war an American President who had led his country through a depression knew things must change and that new certain rights had become a must.

What has followed in America has been an erosion of these rights, and sadly in this country we are now following suit. Do I have ideas of how welfare could be reformed (real reform not IDS ideological Victorian vision of it)? I do and in the coming weeks I hope to share them in blogs.

But for now I leave you with my experiences.

Rob Ponsford is a member of Plymouth Green Party and a Green Left supporter
Posted by Mike Shaughnessy at 08:54