The Myth that the “living wage” will offset Tax Credit Cuts 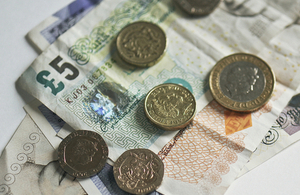 
“...any cuts to tax credits will be balanced by the living wage...”- Numerous Conservative Members

That argument has been trotted out ever since the chancellor’s budget and me like many will simply call this for what it is, utter nonsense. The most glaring error is calling the proposed living wage a living wage, it isn't by any real or measurable way. It is however a step in a right direction.

Unfortunately this Government thinks it has come up with a real living wage and so can dismantle the Tax Credit system all together and further cut welfare. Cutting Tax Credit isn't something to scream about however, if one was to look at what is really needed to earn to have a life that isn't just living hand to mouth week to week, say for someone like myself who has a child and a partner.

Then the typical average income to actually live is about £17,000 pa. I currently earn £15,000 in the job I do, which is helping people gain online digital skills as well as working with the unemployed having had been unemployed several times myself. So I also receive Working Tax Credit, come April of next year I will lose roughly £1,050.

I work very hard for my job as do the vast majority of all working people who get Tax Credits. The reason the system was introduced was to make work (work that may not have in the past been financially viable) pay so that more people could benefit from being in work to not. Have there been abuses yes? There have been countless companies who make multi hundred million pound profits every year that could in fact afford to pay its staff a real living wage that would take them out of tax credits (however profit is the name of the game and keeping staff costs as low is possible is normally the agenda).

The answer to the tax credit question is simple and that is employers must meet the cost in wages properly so there is no need for them. The reality is for small to medium business or in my employers case a charity, they would never be able to get off the ground with such a high wage to pay. (Not a case of not wanting to pay simply unable to meet such a wage, add to that the other charges small business has to meet this would kill off many small to medium business.)

The living wage foundation set such a wage, a wage that will allow people to make more money and reduce the tax credit bill, the simple fact is currently this. If we do not want Tax Credits and for people not to rely more on food banks and to be able to enjoy life then the living wage will have to be set at about £9.00 per hour in Apri,l and to rise accordingly as the cost of living does so.

This current government’s living wage is not in any real way a living wage and it should not be seen as an excuse to cut the tax credit system and leave so many hard working people living hand to mouth.

Rob Ponsford is a member of Plymouth Green Party and a Green Left supporter
Posted by Mike Shaughnessy at 09:54