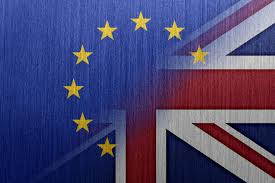 A new opinion poll for polling company YouGov shows a small lead of 2% for those British people wishing to leave the European Union. This is (apart from a spike in September, during the escalating refugee crisis in Europe), the first time YouGov polling has had a majority for leaving the EU.

This is the result:

We are all wary of political voting opinion polls after the shock result of this year’s general election, but general elections have quite complex sets of reasons leading to how people vote. With referendums, it is much more straightforward, yes/no. In last year’s Scottish Independence referendum, YouGov’s polling was pretty accurate, only slightly understating the No vote (to remain).

On the other hand, another poll by Ipsos MORI for the Evening Standard has remain at 52% and leave at 39%, with 9% undecided. Although Bobby Duffy, head of the Ipsos MORI Social Research Institute, commenting on the poll, said it was striking how many people said they might change their minds.

He said:  “That’s clearly an opportunity for both sides, but also a risk, perhaps particularly for the PM, who has set an expectation of reclaiming some power from the EU.”

And this still represents a considerable narrowing, from a 34 point lead to the stay camp registered by the company in June this year, to 13 points now.

I conducted two opinion polls on Facebook recently, one on the Green Left page and one on the Support the Green Party page. After 24 hours of voting the result was this:

So a healthy lead for the remainers from Green types, but there is still a sizable undecided group, even amongst these Green/Left people, which suggests that the result is still in doubt.

The campaign, which could be exhaustingly long with possibly another two years to the referendum itself, I expect will be the usual dismal fare served up at referendums, and it is already conforming to type. The out camp will stir up anti-immigration sentiment, whilst the in camp will terrify us with tales of poverty and lost jobs if we leave. I am unconcerned about immigration and I don’t believe the claims of being impoverished if we leave. I’m interested in which option increases our chances of achieving some progress towards becoming the sort of society we want to see. How best to break the neo-liberal bind we are in?


I expect, in the end, that the vote will be to remain, because people are reluctant to upset the status quo, like happened in last year’s Scottish independence referendum. Better the devil you know, kind of thing. But as these polls indicate, it is not a foregone conclusion, and with Cameron’s reforms to our membership still to be revealed and the TTIP trade deal yet to be finalised, I would not rule out the result going the other way.

Posted by Mike Shaughnessy at 09:12