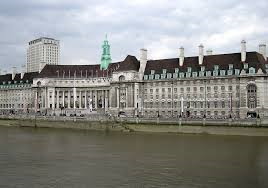 
The Chancellor, George Osborne, announced at the Conservative party conference this week, a further move towards devolution for English local authorities. Osborne is to allow English councils to keep all of the local business rates that they collect, amounting to £26bn per year by 2020.

Under the existing arrangements, business rates are collected and sent to central government and then redistributed to local authorities depending on an ability to raise such taxes. Westminster, for example, raises huge amounts in business rates, compared to somewhere like Sunderland. Osborne did say that some new, as yet unspecified scheme will continue to smooth out such differences.

Councils will also be allowed to reduce business rates in their area if they choose, and in some cases to increase them by a small amount, for new infrastructure projects, with the agreement of local businesses.

Labour’s new shadow Secretary for Communities and Local Government, John Trickett, speaking at a fringe event at the Labour party conference last week, and reported in the Local Government Chronicle (subscription), said, it was “right” leaders of Labour-run councils were negotiating devolution deals with the government. But he also warned they would be expected to oppose Conservative cuts and help “develop anti-austerity movements across all of the communities” they represent.

He went on to say, “This is an ideological decision the Tories have made to reduce the size of the state and to force councillors to do it.

“It’s a complex thing but it seems to me that it’s not too difficult to find solutions to, especially as it’s no longer the national party against the local party – there’s a single view on it.”

Is this the ditching of Labour’s ‘dented shield’ approach to Tory cuts to local services, instigated by Neil Kinnock in the 1980s when some Labour councils tried to resist central government cuts to local budgets? It does sound like it. Of course, new Labour leader Jeremy Corbyn cut his political teeth in London local government at this time, and London councils were at the forefront of challenging Margaret Thatcher’s assault on local authorities then.

The problem with taking this stance now is that councils, including Labour run ones, are by and large in favour of more financial devolution. Greater Manchester has been at the vanguard of English devolution and Sheffield and the West Midlands look to be next in line, all run by Labour.

Even under Ed Miliband’s leadership of the Labour party tensions surfaced with the Labour leadership in Manchester. Centrally, Labour wanted to reject the offer to Manchester, but locally they ignored Miliband and pressed on with the arrangement.

Will local government want to return to the adversarial ways of the 1980s? I very much doubt many Labour councils will do, but only time will tell on this. Local authorities have borne the brunt of public spending cuts over the last five years, with most having their central government grants reduced by around 40%, and it seems likely they will be reduced by a further similar amount during this Parliament. On the whole councils have coped remarkably well with the cuts so far, although there is nothing easy left to cut.

This government has changed the way that local authorities are funded, along side the general reduction in funding, and devolution packages are all part of the same changed approach. The Relative Needs Formula, which uses all kinds of demographic indicators to determine how much each council gets in central grant, has been frozen at the 2013 level and there are no plans to up rate it in future.

The government’s emphasis is on growing local economies which in turn make councils more financially reliant on raising revenue this way, and the whole devolution experiment is an extension of this approach. Councils have adapted, and don’t look like changing tack now.


But this is all at odds with what the Labour leadership wants, as they challenge the government’s austerity policies. This is an interesting situation to watch, not only does it look like Corbyn will be battling with Labour MPs, but also Labour local government too. Something will have to give.