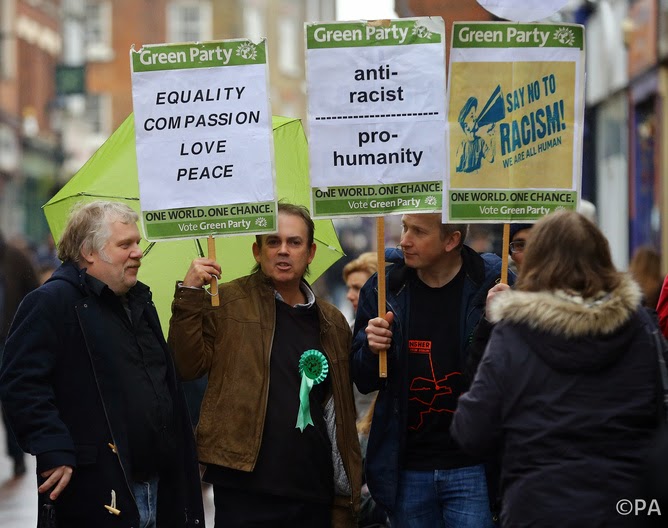 Syriza’s surge to power with a campaign against austerity has forced politicians across Europe to justify their economic policies. The UK chancellor was hot-off-the-mark to assure everyone that the Greek election result should not be interpreted as a rejection of austerity policies:

In private, George Osborne may well be reflecting upon whether British voters will consider the slowest recovery on record, falling real wages and a deteriorating balance of payments an economic plan that is working or a failure of austerity come the May general election.

Over on the Labour front bench, some unease might also be gathering, since both the leader of the opposition and the shadow chancellor promise what might charitably be termed “austerity lite”.

The Conservatives have a chancellor who has epitomised the austerity agenda; the Liberal Democrats have hesitated to say boo to a Tory mouse over it; and UKIP’s enthusiasm for cutting taxes must translate to cutting the public budget. Therefore, it would appear that Labour can play the austerity lite political card to look “responsible” without fear of being flanked on the left.

Or so it seemed before the recent surge in the polls of the Green Party. And those pesky Greens have declared unambiguous opposition to austerity policies. Immediately after the election in Greece, the Greens stated their support for the new government:


Greens share the view of the new [Greek] government that austerity is a failed model which has piled misery on the poorest while making the wealthiest even richer… In the UK we are witnessing a Green Surge, in no small part due to our anti-austerity agenda.

Support for the anti-austerity policy of the new Syriza government eliminates the ambiguity in the Green’s 2010 manifesto, when the party promised “to more than halve the deficit by 2013”, a position not substantially different from Gordon Brown’s at the time.

There can be little doubt that the Green party’s unqualified commitment to ending austerity represents the most effective policy for making the leap from niche party of middle-class environmentalist to a viable left-wing alternative to Labour. It is easily understood and therefore easy to sell on doorsteps. In addition, it presents the leadership of the Labour Party with the danger of implicitly supporting Coalition economics if it attacks the Green as being soft on the deficit. 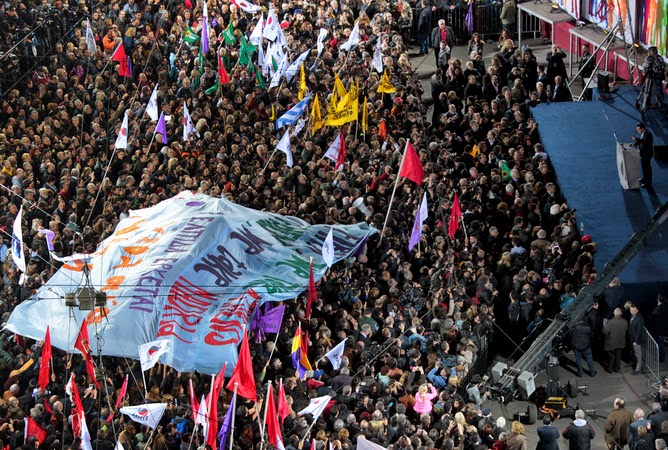 Much harder to clarify and sell is the raison d'etre of the Green party’s policies to achieve an environmentally sustainable society. Much of the criticism that’s been levied at the party’s economic policy should be dismissed as ideological. But it indicates the problem the party has of selling the environmental message to the public – its analytical complexity and its vulnerability to simplistic distortion.

A clear example of both complexity and vulnerability to attack is the “citizens' income” idea. In principle, this is a simple idea to give every adult £72 a week regardless of income. The UK social welfare system is extremely complex, consisting of many programmes, some of which are means tested and some which are not. It has many target groups and is administered through multiple agencies.

Nothing could be more sensible than to consolidate some or most of these into a single payment. Works and pensions secretary Ian Duncan Smith sought to do a means-tested consolidation of several social support programmes, motivated by the goal of reducing “benefits”. The Green’s “citizen’s income” would be a social democratic version, universal rather than means tested and generous rather than parsimonious.

The concept can hardly be contested, since consolidation and universality vastly reduce administrative costs. Prominent right-wingers in the United States have advocated a scheme similar to what the Greens propose, including the conservative icon Milton Friedman.

Explaining the viability of the Green’s citizen’s income policy has proved difficult and it has now been dropped from their 2015 manifesto and downgraded to a “longer term aspiration”. This episode demonstrates how an otherwise sound idea, widely supported across the political spectrum, can turn toxic if badly presented.

In contrast, Tory proposals for tax reductions rarely suffer such hostile dissection in the media. In practice their impact is extremely complicated in terms of benefit across the population, and more complex still in their knock-on effect to people’s expenditures. To my knowledge, politicians rarely suffer serious criticism or embarrassment for advocating lower taxes no matter how simple-minded and technically unsound the proposal.

The centrepiece to the Green Party’s economic policy, a “carbon neutral economy”, is also a sound idea that proves extremely difficult to present as a credible concrete policy. Here, the party has wisely avoided specifics. These can only come after convincing a substantial portion of the electorate that environmental disaster is in the offing, which it is at a local and global level.

Social democrats to the Green core

With its strong emphasis on regulation of the financial sector, expanded public investment and expansion of social services, the Green Party can be characterised as fostering social democracy on an environmentally sustainable basis. If the party emphasises the first part – social democracy – in the coming months, it could present a serious threat to Labour.

With the Labour Party split between its Blairite and social democrat wings, the Greens will be hoping that the former lead the Labour attack against them. If so, they have a serious chance of moving their number of seats into double figures in the House of Commons.

Written by John Weeks, Professor Emeritus at SOAS, University of London who blogs here
Posted by Mike Shaughnessy at 10:37