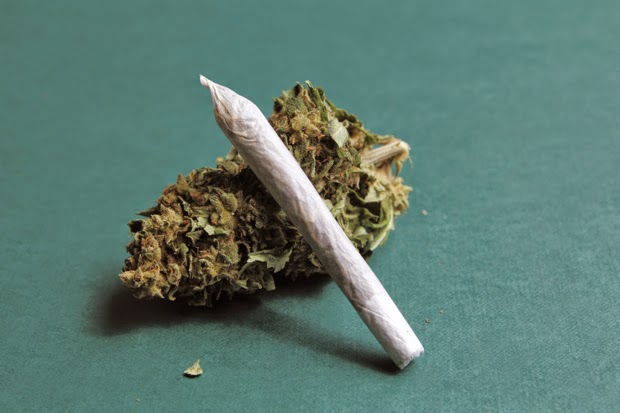 Can I write an entire blog post about one sentence? I’d certainly like to. The sentence in question is ‘The potent form of the drug, known as ‘skunk’, is so powerful that users are three times more likely to suffer a psychotic episode than those who have never tried it.’ It’s from a piece in the Mail on Sunday which claims in its headline that ‘scientists show [not "research suggests", you notice] cannabis TRIPLES psychosis risk: Groundbreaking research blames ‘skunk’ for 1 in 4 of all new serious mental disorders.’

The MoS is infuriatingly pleased with itself for having got hold of this research ahead of publication – they’re pitching it as an ‘exclusive leak’, which sounds to me like a pretty grand way of describing breaking a PR embargo. It’s infuriating for two reasons. First, it’s hardly as though it’s the Watergate files or something – the research was going to be published anyway, so all the MoS has done is put it out a few days ahead of schedule. Second, the fact that they’ve done so means that those of us who are interested in critiquing the paper they’ve based their story on can’t, because it’s not been published.

Except that it has, because the lovely people at the Lancet, presumably sighing heavily as they did so, have made the paper available, for free, for everyone, immediately.  And inevitably, the MoS’s big exciting news turns out to be – well, not nothing. But much less exciting than they claim.

The research is into 500 or so people who accessed mental health services in south London between 2005 and 2011. The reason I’ve focused on that one sentence above is that it clearly and unambiguously implies causation. Skunk is so powerful that users’ risk is tripled, apparently. Not, users of the powerful drug skunk are at three times the risk, but skunk is so powerful etc etc. And scientists have shown that. (Side note: ‘shown’ is what philosophers call a ‘factive verb’. It implies that the thing being shown is true.)

But the paper in fact ‘shows’, nor even claims, no such thing. Its own, far more cautious, conclusion is ‘Use of cannabis with a high concentration of THC might have a more detrimental effect on mental health than use of a weaker form.’ The suggestion that 24 per cent of first-time psychoses – the one in four of all new serious mental disorders from the MoS’s headline – can be attributed to skunk is caveated with the pretty important phrase ‘if a causal role for cannabis is assumed’. They drop variations on the ‘if we assume causality’ theme into the paper at least four times. There are obvious other possible reasons for a link – forms of self-medication, which the paper addresses but thinks unlikely, or some third factor. Perhaps people at risk of psychosis are simply more likely to enjoy skunk, or to want to try different drugs.

The researchers, it should be admitted, seem to think a causal link is likely. It may – may - even be true. But this research certainly hasn’t shown anything. (And the ‘groundbreaking’ research doesn’t ‘blame’ skunk, while I’m on the topic.) Five hundred people isn’t a huge study, but nor is it so tiny that we can discount it. This is definitely interesting, but it’s irresponsible to suggest it’s more than that. In fact it’s worse than irresponsible. It’s either terrifyingly stupid of the MoS – the writer failed to notice all the caveats and caution in the Lancet paper – or it’s hugely cynical, not caring whether it was true or not, but only wanting to scare its readers.

The thing is, as I’ve written before, it doesn’t greatly matter, on one level, precisely what the risks of skunk are. No one claims it’s safe, and (actually) it wouldn’t hugely surprise me to learn that it does increase the risk of psychosis. The point is: while drugs such as skunk are on the black market, and unregulated, and while users are pushed into a criminal subculture, the harms they cause are increased. If the MoS was actually interested in reducing the damage skunk causes society, it’d be campaigning for a change in the law. Instead it’s nicking papers from an academic’s desk and claiming to be Woodward and Bernstein.

Written by Tom Chivers and first published (surprisingly) at The Spectator