Return of Grammar Schools Will Further Entrench Inequality in England 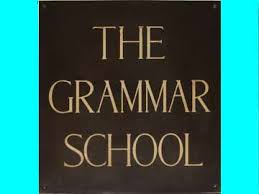 The Prime Minister, Theresa May, announced today that the government will remove the ban on schools selecting pupils on ability, as defined by some new 11 plus examination, marking a return to the Grammar/Secondary Modern set up that existed in parts Britain until the 1970s.

This move is being spun by May as a way to improve social mobility, and so reduce inequality in society. May seems to believe that the increased social mobility of the 1960s and 70s was driven by having selective education policies in schools, but many things were different in the 1960s and 70s, from the situation we have today.

The BBC quotes Ofsted's chief inspector of schools, Sir Michael Wilshaw saying, the idea that poor children would benefit from a return of grammar schools was "tosh" and "nonsense". Kevin Courtney, leader of the National Union of Teachers, said opening new grammars was a "regressive move and a distraction from the real problems" of funding pressures and teacher shortages, in another quote from the teaching profession.

Grammar Schools have always had their champions within reactionary political circles, and are often greeted with the nostalgia reserved for things like compulsory military national service (which ended in the late 1950s in the UK). Their proponents allege it not only improves the life chances of the brightest pupils, but also instilled some form of discipline and order (and is often bound up with beating pupils, which was banned in British schools in 1986). Although, Harold Wilson, Labour Prime Minister in the 1960s and 70s, a Grammar Schoolboy himself, famously said that Grammar Schools would be abolished, ‘over his dead body.’

I went to a Grammar School (single sex) myself in Manchester in the early 1970s, and you could say that it helped me to become upwardly socially mobile, since I now live in north London and am reasonably comfortably off. But it wasn’t really the Grammar School that helped me, it was day release further education from my job, and subsequently going to university, or polytechnic as some higher education establishments were known as, at the time. Also, I went to an excellent primary school.

I hated Grammar School. At that time, Catholic secondary schools in Manchester were split into Grammar and Secondary Modern, depending on whether you passed the 11 plus examination. State schools were all comprehensives in Manchester at the time. I should have gone to a comprehensive school, but bound up with the religious stuff I ended up at Grammar School. I am sure I would have done better at comprehensive school, but stuck it out at the Catholic Grammar, until I was 16, and then left to get a job, relieved I could put it all behind me.

I didn’t like the pseudo public school ethos of the Grammar, and I had long stopped believing in Catholicism and indeed religion generally, so it was completely unsuitable for me. But in some ways, I was lucky. The people I knew who went to Secondary Modern, told stories of how rubbish their schools were, and they didn’t achieve much in the way of examination success. It sounded as though they had just been parked there, to keep them out of trouble, until they could leave at 16 and get a job. It must have been a considerable knock to their confidence too, to be labelled a failure at age 11.

On rare occasions, and I can only remember one example from my days at school, someone would be allowed into the Grammar at 13 or 14 years of age, after retaking the 11 plus, when they had demonstrated academic ability in the their Secondary Modern school. Most were cast into the trash can, destined for manual labour types of jobs, of which there were a lot at the time. May wants to allow access to the new Grammar Schools at 11, 14 and 16, so it looks like a repeat of the old system, but I’ll wager it will be rare for people to move between the different levels of schooling.

May also claims that it will give pupils from poorer backgrounds a better chance of attending a ‘good’ school, as at present it often comes down to whether parents can afford to live within catchment areas, which for good schools are expensive to buy or rent properties in.

I can’t see Grammar Schools making much difference to poorer pupils, as surely those with wealthier parents will purchase extra private tuition for their children, to ensure they pass the 11 plus, so this is just a smokescreen to make it seem fairer, but will just reinforce inequality.

If May really wanted to improve social mobility through education policy, then she should start by putting more money and resources into all schools, reintroduce Education Maintenance Grants and the Adult Learning Grant for further education, abolish private schools and abolish university tuition fees and reinstate maintenance grants for students.

None of this will be done of course, and instead we will have ridiculous claims that Grammar Schools will make us a more equal society. To echo Ofsted's chief inspector of schools, this is tosh and nonsense. It is a return the policies that failed so many young people in the past.


I leave you with a song by The Smiths, about Manchester schools in my era. ‘The Headmaster Ritual’ gives you a good idea of what it was like.