Why Greens must be Red and Reds must be Green 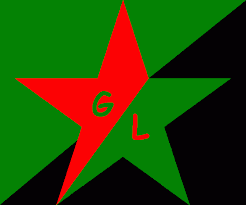 I should really have added something like ‘and also black’ to the headline, in recognition of our eco-anarchist comrades, but I don’t like headlines that are too long. I mean no disrespect to anarchists.

Eco-socialists see the problems of ecological justice and social justice, as profoundly linked in our economic system, capitalism, and no amount of tinkering with capitalism will ultimately resolve the ecological and social problems caused by this unfair and destructive system.

More conventional socialists and greens tend to see these problems as largely unconnected, with greens believing that somehow capitalism can be reformed and made more eco-friendly. Socialists, all too often see ecological politics as an add on issue, at best, which will somehow cease to be a problem when we move to a socialist system.

This thinking is wrong on both sides of the argument. Socialist governments that we have seen around the world, have often had an even more dismal environmental record than capitalist countries. A healthy environment is essential to humanity’s well being, and the effects of climate change, for example, impact much more on poorer people. The rich countries can build defences against the effects of volatile changes in the climate, the poor ones cannot. Things like incinerators and toxic dumps, tend to be located in poor neighbourhoods.

For greens, especially in more recent times, social justice issues have been accepted as part of the changed society they want to see, but attempt to treat the symptoms caused by our economic system, rather than the root cause itself. Some greens, for example, still see population issues as the main issue affecting ecological destruction, but fail to see that the poverty that is inherent in capitalism, forces poor people to have larger families, to generate income, particularly when the parents become too old to work.

Green commentators like George Monbiot, though certainly of the political left, is not an eco-socialist. Writing last week in his regular column in the Guardian, under the title Nuclear power – yes please. Hinkley Point – no thanks, Monbiot repeats his new found view of being in favour of nuclear power generation. He has said in the past that his Damascene conversion to pro-nuclear is because he fears it is the only way that capitalist governments will take action on cutting carbon emissions from fossil fuels. He is probably right about this, but he misses the point that if the system is causing the problems, why should we pander to it?

This week’s Monbiot column, Our roads are choked. We’re on the verge of carmageddon, is more of the same. He makes sensible suggestions on organising our transport system, public transport, cycling etc, but also electric cars. How will these cars be powered? Yes, nuclear power, no doubt.

“Our task is not to overthrow globalisation, but to capture it, and to use it as a vehicle for humanity’s first global democratic revolution.”

This sounds great, but the book goes onto suggest a neo-Keynesian approach. It is not a revolution Monbiot wants, he is happy enough with the current capitalist system that he wants it to continue, but be tweaked around a bit. In short, he is a liberal, so this is all to be expected. He either thinks that anything more radical is doomed to failure or he is deluding himself liberal economics can help to solve the very ecological crisis it has set going.

In the red corner, there is another George, Galloway, leader of the left wing RESPECT party. He has notoriously dismissed environmental concerns in the past, saying the future he would like to see is of ‘factories with smoking stacks’.

Jeremy Corbyn, the Labour Party leader, though nowhere near as bad as Galloway on environmental matters, also falls somewhat short of eco-socialist thinking. I looked at his environmental policies on this blog, last week, which whilst being a step in the right direction, it is far too unambitious. He appears to back nuclear power too, ‘to keep the lights on’ as the liberal expression always states. But the real reason has nothing to with domestic lighting, and everything to do with keeping the capitalist production system going, to conjure the alchemy that is endless ‘growth'.

The point of eco-socialism, is not to try and make the capitalist system run better, but to smash the system altogether and start afresh with a new system. Indeed, ecology is the system's Achilles heel, since infinite economic growth is irrational, and therefore a threat to the logic of capitalism. Once this concept is grasped, the inevitable conclusion is, that capitalism is unsustainable. It needs to be replaced by eco-socialism.

Posted by Mike Shaughnessy at 10:38