Labour Right’s Next Plan – Get the Unions to ditch Corbyn 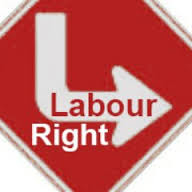 That stalwart of the Labour Right, John McTernan, writing, where else but in the Telegraph, lays out the strategy for what he calls Labour ‘ moderates,’ after Jeremy Corbyn’s expected win in the Labour leadership contest again. The result is due to be announced on Saturday. McTernan has got form of course, and has been constantly attacking Corbyn’s leadership from the point it became clear he was going to win, first time around. Amongst the many Labour Party roles that McTernan has had, he was Director of Political Operations from 2005 to 2007, under Tony Blair’s leadership.

The result this year, looks likely to give Corbyn an even larger share of the vote than the nearly 60% he achieved at last year’s leadership election, so some new plan is needed to rid Labour of Corbyn as leader, according to McTernan. The Labour Right will continue to try and recruit like-minded members, via outfits like Saving Labour, but McTernan’s piece all but gives up hope of removing Corbyn via a full membership ballot. But he claims that the Labour Right will not give up trying to oust Corbyn, and hints at another leadership challenge next year.

McTernan calls for support for Deputy Labour leader Tom Watson’s NEC proposal, which aims to change the electoral system used for electing Labour leaders, back to the old electoral college system. This would probably mean members getting one third of the vote, the same as 200 odd Labour MPs, with the final third of the vote going to the unions. Supporters will be barred all together from the electoral process.

The electoral college system was used to elect Labour leaders from 1983 onwards, prior to this only MPs had a vote. The new system was introduced largely because the unions wanted it, and to a lesser extent the Labour Left. At first the unions got 40% of the vote, with members and MPs getting 30% each, but this was later amended to the three equal thirds formula.

It was Ed Miliband, when he was leader, who changed the leadership election rules to one member, one vote, after he won in 2010. Ironically, this was a concession to the Labour Right, because Miliband won by getting more union votes than Labour member’s votes. Now the Labour Right wants the old system back, because the unions are seen as a way of bypassing the Labour members and supporters, who largely back Corbyn.

The unions, by and large, have backed Corbyn so far. Unions like USDAW, the shop worker’s union, have always been on the right and do not support Corbyn. The GMB union’s backing of Owen Smith, Corbyn’s opponent in this year’s leadership contest, is linked to the issue of the future of the Trident nuclear weapons system, which Corbyn is against and the GMB is for.

And here the Labour Right has found a chink of light in all of the gloom. If they can use Trident, to force a wedge between the unions and Corbyn, this will afford them an opportunity for toppling him. The unions have been traditionally been in favour of nuclear weapons, as this provides for some well paid jobs, often in areas of the country where there is little else.

Under an electoral college system, the Labour Right would be in with a very good chance of deposing Corbyn, but even under the current system, union affiliates votes could even up the contest a bit, with the backing of union leaders. It was the unions who fought off the Labour Left in the 1980s, but the situation now is not the same as then. The unions like to have influence, and under Corbyn’s leadership, they may get some. Under new Labour, unions were largely viewed as an embarrassment, and the unions don’t want to go back to that situation.

The suggested continuation of the in-fighting in the Labour Party will dismay the general public, and quite rightly. The country is at a crossroads after the Brexit vote, and Labour should be providing a united opposition to the Tory government. Instead, we can probably look forward to another year of smears and plots against Corbyn and his supporters, from the Labour Right. In the meantime, the Tories will get on with implementing their reactionary agenda.


Obviously, I’m not a Labour member, but I want to see a proper effective opposition to the government. If some in Labour don’t like the result of the leadership contest, and are not prepared to work as part of an anti-Tory opposition, then they should leave the Labour Party. Frankly, good riddance to them.

Posted by Mike Shaughnessy at 10:34