Are Lefty Readers Deserting The Guardian? 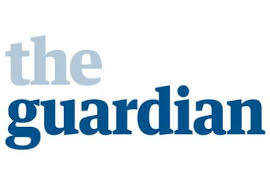 On Saturday, I posted a piece on this blog about a Guardian editorial published the same day, which basically urged the Green Party to move to the right politically, under the newly elected joint leaders, Caroline Lucas and Jonathan Bartley.

The post has had the more page views than any previous post on the blog, and by some distance too. You can see from the post’s comment section, the drift of the response from readers, but the post also received a huge amount of comment on the various Facebook groups that I post on. Pretty much all of the comment was critical of The Guardian. One poster said ‘I wouldn’t wrap my chips in that newspaper these days,’ which was typical of the rest.

This event comes on the heels of The Guardian reporting a £69 million loss in the last financial year. Although some of this can be put down to reducing demand for the paper edition, which as yet has not been offset by online subscriptions. This is happening across the newspaper industry generally, but I can’t help but wonder whether lefty types are abandoning The Guardian in general?

I have been a reader of The Guardian for over 30 years, and it has always been a liberal type newspaper, but with a desire for some balance; some right wing commentators, some left. I guess they would describe the politics of the paper as liberal centre-left.

I read the news and comment, and to a lesser extent the sport, but people I know like the entertainment, reviews, etc, but I’m talking about the politics here really. In my time reading the paper, the golden age for comment was when Seamus Milne, now Jeremy Corbyn’s press officer, was comment editor. This period did cover the Iraq war, and I thought the paper’s coverage was pretty good.

I will credit them for good investigatory journalism as well, from time to time, like the Mike Ashley and Sports Direct’s dodgy employment practices story. But I certainly do think that the comment section is very poor these days, with at best only one and half pieces of interest, on average every day in the paper edition. Tuesdays for some reason seems to be the best day for comment, with Saturday the worst.

Most of the regular commentators are against Jeremy Corbyn in the current Labour leadership contest, with only Owen Jones of the main writers backing Corbyn, and he seems to be wavering a bit these days. Most, if not all of the main columnists are Labour Party members, of the New Labour type.

Saturday's editorial about where the Greens should position themselves on the political spectrum, seemed to be saying, 'stay away from those loony Corbyn types, and be a nice, safe, well behaved party.'

Then there are the regular guest writers, Labour MPs or party grandees in the main, almost all as we know, against Corbyn’s leadership, who contribute pieces about how rubbish/sexist/anti-semetic/can’t win and so on the current Labour leader is. If this wasn’t bad enough, considering The Guardian always used to pride itself on balanced content, they willingly lap up the drip, drip of stories detrimental to Corbyn, fed to them by the Labour plotters.

The Guardian was never perfect, but it does seem to have gone badly down-hill in recent years. People now have an alternative of course, with social media independent outlets, on Facebook, Twitter, Blogs and Websites, which can be less establishment minded. There are many good news and comment sites on the web, and increasingly it seems that many people are getting their news from these independent sites, rather than the mainstream media. I do so myself, to some extent.

I think there is still a place for The Guardian in todays media set up though. I think we need a leftish, largish media in this country. Small scale social media, at the moment anyway, doesn’t have the resources to do some of the investigative work that The Guardian does, and if you read this blog regularly, you will see a Guardian report or comment often triggers a blog post.


The Guardian though, should be worried by these developments and look to rebalance its political coverage leftwards, if it wants to stay in business.
Posted by Mike Shaughnessy at 10:35