What Does Brexit Mean for the Left? 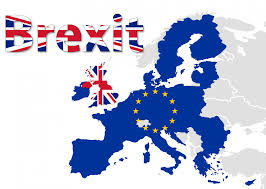 The vast majority of the broad political left in the UK campaigned to remain in the European Union (EU), at the referendum on the UK’s membership in June this year. The vote, of course, went the other way, and now the country must decide on the precise terms of our exit from the organisation.

Some of the left are still in denial about the outcome, and hopes to somehow avoid leaving the EU or at least water down the settlement into a kind of ‘Brexit Lite’ status. I guess this is still just about possible, but looks to be increasingly unlikely, as the new Prime Minister, Theresa May, has apparently decided that the issue of immigration to the UK needs to be addressed. It seems as though immigration will take president over remaining a full member of the EU’s free trade single market.

It is highly unlikely that we can have our cake and eat it, by staying in the single market and restricting immigration from EU states. So, some on the left will fight tooth and nail to prevent Brexit happening and if it does, offer a return to the EU either in a second referendum like Labour’s Owen Smith has advocated or as a manifesto commitment at the next general election, like the Lib Dems have said they will do.

There was a small element of the left that campaigned to leave the EU, and presumably, they will be planning the steps towards what they told us would be an opportunity for turning the UK into a socialist utopia. But in the real world, that will have to be put off for now, at least.

We have a Tory government, and the Prime Minister appears to be set on even not allowing Parliament a vote on our exit settlement if the rumours are correct. May wants to use the Royal Prerogative to bring the settlement into law and trigger Article 50 of the Lisbon Treaty, to begin the formal process of Brexit.

I think this is an unsatisfactory way to go about things in the twenty first century, with the Royal Prerogative being barely used these days for big important decisions. Tony Blair with Iraq and David Cameron with Syria and Libya, two recent Prime Ministers, could have used the Royal Prerogative to declare war, but didn’t. They allowed a vote in Parliament on the issue.

The Royal Prerogative is a legacy of our rather vague and imprecise constitution, and should be the first battle for the left with the government. Not to oppose the settlement for its own sake, but to go through a proper modern democratic process.

Of course, Scotland (and maybe even London) may yet go their own way on Brexit, but for now, the left needs to get its act together across the UK.

There may well be parts of the settlement that the left should oppose, in Parliament and elsewhere, but this should be done within the confines of UK sovereignty not as a tactic to stop Brexit.

For example, the left needs to ensure that British law (if there is such a thing) at least offers the same, if not more, in terms of employment and environmental protection, as we currently have under EU laws.

Then there is trade. It appears as though the TTIP trade agreement between the US and EU is dead in the water, with strong opposition from both France and Germany. The UK was the biggest cheer leader for TTIP in the EU, so we must expect that the British government will want to enter into this agreement unilaterally now. The same can be expected with the trade deal with Canada (CETA).

The undemocratic nature of these pro-corporate deals is well known to the left, so we are half way to opposing these agreements already. But it must now become a priority.

The broader strategy that the Tory government may pursue, is to make the UK into haven for tax dodging multi-national corporations, a sort of super-sized Jersey, where corporation tax is minimal to non-existent. This has been the agenda of the Tory right all along, and I’m sure they will seize this opportunity to make it happen. The left must oppose this in every way we can, or watch as the welfare state is fully dismantled before our eyes.

The left should also bring pressure to bear on the government over funding issues. The pledged money for the NHS should be pursued and the huge waste of money lavished on farming and land owning subsidies should be stopped.


The details of exactly what the government plans to do, will probably become clear early in the new year, but we can certainly anticipate a lot of it from the outlines of what we have seen already. Let the battle commence.