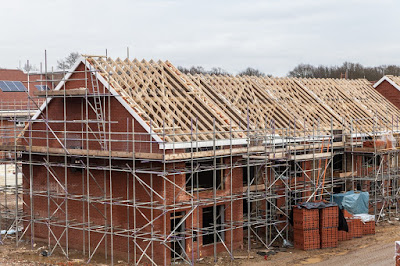 Well, well, well, the government has finally seen sense and will allow local authorities to borrow as much as they need to, to build new social housing, it seems. I have advocated this course of action before on this blog, most recently last month here.

In her closing address, Theresa May, the prime minister, told the Conservative Party Conference removing the cap on local authority borrowing against Housing Revenue Accounts (HRA) would help the Government achieve its ambition of building 300,000 homes a year by the middle of the next decade.

She said: ‘Solving the housing crisis is the biggest domestic policy challenge of our generation.

‘It doesn’t make sense to stop councils from playing their part in solving it.’

This does seem to be an admission of non-sensible government policy for the last eight years, when voices from across the sector have pleaded with the Tories to do just that. Alternative policies, if we can call them that, have been an utter failure, and we now have a full blown housing crisis. Homelessness has rocketed, and many big cities in the UK have many thousands of rough sleepers on their streets every night.

However, all may not be as it seems. The government has yet to reveal when the cap will be scrapped and whether there will be conditions imposed on councils. A statement from the Ministry of Housing, Communities & Local Government, said the cap would be lifted as “soon as possible”, with more details due in the budget scheduled for 29 October.

Some areas will not benefit from the end of the HRA borrowing cap as they have transferred their entire housing stock, perhaps a third of councils in England, to housing associations, so will be unable to effectively re-mortgage existing stock. These “non-stockholding authorities” do not largely hold HRA accounts.

The housing revenue account (HRA) is a ring-fenced account for the local authority’s housing responsibilities. Revenue, such as council housing rent, is paid into the account and housing costs, such as property management and maintenance, are paid out. It is kept separate from the council’s other funds and accounts by law.

The existing policy on council’s borrowing to build, was relaxed last year, but only allows local authorities to bid for a share of a £1 billion pot. Aside from this, since 2012, rules governing HRAs have restricted the amount councils can borrow to fund house-building. The cap varies from council to council, depending on how much housing debt they already have.

But even if local authorities are allowed to borrow as much as they need to provide social housing, this is just one side of the equation. The other is, the ‘Right to Buy’ policy, whereby sitting tenants are allowed to purchase their home, at generous discounts, and means that almost as fast as new homes are built for rent, they are sold off to private ownership. The best properties are the first to go, and only the less desirable properties remain as social housing. Invariably, these desirable homes end up in the hands on private landlords, and are let at market rents.

Right to buy is costing English councils £1bn - £300m net - a year and cutting the discounts could lead to an extra 12,000 homes being built every year, according to the Chartered Institute of Housing (CIH).

Since 2012, when the discount was increased to £108,000 in London and £80,000 in the rest of the country, 69,467 homes have been sold, the Chartered Institute of Housing revealed in a briefing paper on Tuesday. But construction has only started on 18,958 to replace those homes sold, the CIH has calculated.

CIH research from January found that more than 150,000 social homes for rent in total had been lost between 2012 and 2017 due to right to buy and other factors, like new ‘mixed’ housing developments, replacing council stock. It estimated this figure will reach 230,000 by 2020.

Terrie Alafat, CIH chief executive, said: “Not only are we failing to build enough new homes for social rent, we are losing them at a time when we need them more than ever.” The CIH is calling for Right to Buy, to be at least suspended until the housing crisis can be resolved.

Without ending the Right to Buy, the social housing stock will never be able to provide enough homes for social rent, but that is probably not the government’s intention anyway. It will certainly get more homes built though, and I think that is the aim of the Tory government. More money will be made by private landlords in the longer run too, which again the Tories will welcome.

But why should local authorities be, in effect, building homes for the private sector to profit from? The beauty of council housing is that it pays for itself with rental income, for maybe a hundred years or more, but only if councils aren’t forced to sell it off after a couple of years, meaning they will lose money, rather than recover it. Another example of the corporate welfare state?
Posted by Mike Shaughnessy at 09:52