Do We Need to Tax Wealth Properly in the UK? 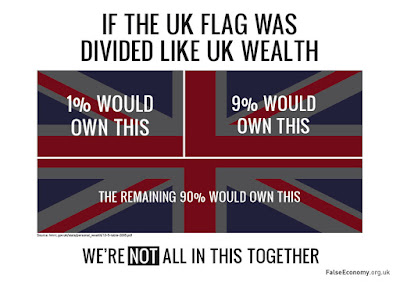 The Institute for Public Policy Research (IPPR) Commission on Economic Justice have produced an evaluation of the taxation of wealth in the UK. The report, ‘A Wealth of Difference’ concludes that wealth inequality is damaging the UK’s society and economy, whilst the current tax system is failing to tackle and in some cases is even exacerbating inequality. The authors propose a number of reforms to the system including replacing council tax with an annual property tax and replacing business rates with a land value tax.

Wealth Inequality in the UK

Wealth refers to assets including property, financial wealth, pension wealth and physical wealth such as vehicles. Wealth inequality in the UK fell after the World Wars but has been increasing since the 1980s due to neo-liberal policies. This has been driven by increasing returns to capital compared to labour which means those who earn income from assets have seen their incomes grow more than those who work for a wage. Underlying causes include house price inflation and falling homeownership, financial asset price inflation, automation, low pay and weak labour bargaining power.

Increases in inequality have clear social implications. Beyond this, it is also limiting for economic growth. Those with greater incomes have a lower marginal propensity to consume, meaning they are more likely to hoard their wealth rather than spend it in the economy. The current system of taxation incentivises ‘rent seeking’ behaviour which means that people invest in existing assets such as housing which pushes up the price of that asset without generating any new economic output or activity.

One of the most powerful tools to combat wealth inequality is taxation to fund progressive spending. Currently, income from labour is taxed more heavily than income from wealth. Wealth in the UK is primarily taxed through capital gains tax (CGT), inheritance tax (IHT), dividend income taxation and stamp duties which bring in only 4 per cent of total tax revenues. In contrast, income and consumption taxes bring in 60 per cent of tax revenue.

The report identifies several key problems with the current system of wealth taxation: there are significant opportunities for avoidance, the system fails to raise large amounts of revenue, it creates economic distortions (for example, exemptions to CGT for first homes, encourages investment in property over other assets, differences in taxation of dividends vs income encourages senior pay to be dividend based).

Tax all income from wealth under the income tax schedule

Treating income from capital as the same as income from labour from a taxation perspective would make the system considerably more progressive. In addition, it would increase incentives for labour market participation by the wealthy, raise more revenue and reduce opportunities for avoidance by simplifying the system (removing exemptions). Finally, shifting the balance of taxation towards capital rather than labour means the government will continue to be able to raise revenues in the face of increasing automation and technological change.

Wealth transfers give an unearned advantage to the recipient and work against social mobility, creating a strong social and economic justification for taxation. Inheritance tax currently has many exemptions and opportunities for avoidance that could be improved upon by a gift tax.

The report proposes taxing any gifts above a lifetime allowance of £125,000 under income tax. However without improvements to HMRC’s digital infrastructure it would have to rely on self-reporting and would require valuations of non-monetary gifts. The resolution foundation estimated such a tax could raise £15bn in 2020/21 (£9.2bn more than the current IHT).

Abolish non-domiciled status and reform the transparency of trusts

Improvements to transparency could reduce opportunities for avoidance as well as reducing the complexity of administering the system.

The report recommends replacing council tax entirely with a new property tax. This wold be proportional to the present day value of homes and is different to a land value tax since it also taxes the value of the property itself. This would be levied on owners rather than occupiers (however owners are likely to pass this on in the form of higher rents).

A deferral mechanism would be needed to protect those who are asset-rich but cash-poor. Since the tax is linked to property values it would help to recapture some of the value generated by public investments in infrastructure such as new train stations. A charge of 0.5 per cent of property values is estimated to generate at least as much revenue as the current system. This could also replace stamp duty land tax in the future.  It would be possible to introduce progressive rates, exempting properties of low value and allowing for regional variation.

Land value tax has always been popular among economists. It taxes the value of the land (not the property on it) based on its most valuable use under existing planning permissions. This would penalise those who own land and do not develop it, incentivising more efficient use of land, without penalising those who make improvements to their properties. This would require considerable effort to value land regularly and establish a register of land ownership however it has been achieved in some European countries and elsewhere across the world.

Such a tax would support productive investment (unlike business rates), capture unearned rents from ownership of land and reduce incentives for speculation on land. It may also make parts of the country with less valuable land more attractive to businesses. An exemption to the first £20,000 per hectare would exclude most agricultural land. A rate of 4 per cent would generate the same value as the current business rates system.

These are all good ideas. We need to tax the wealth held in the UK more fairly if we want decent public services for all.

Posted by Mike Shaughnessy at 10:07