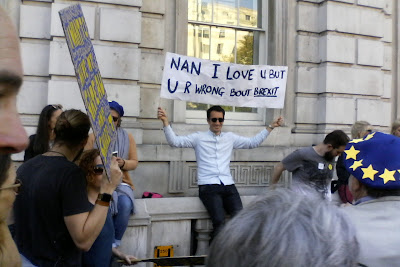 On a beautiful autumn day in London, hundreds of thousands of people attended the People's Vote march. Organisers said that more than 670,000 people joined the demonstration, one of the biggest public protests since the anti-Iraq war march in 2003. 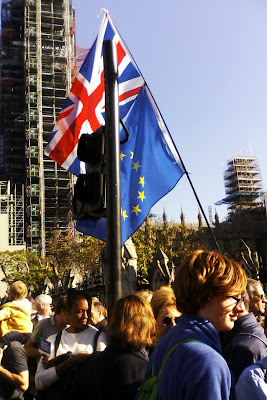 The weather helped to produce a carnival atmosphere and the demonstrators were in a cheerful mood. I saw no problems and the police presence was pretty low key. 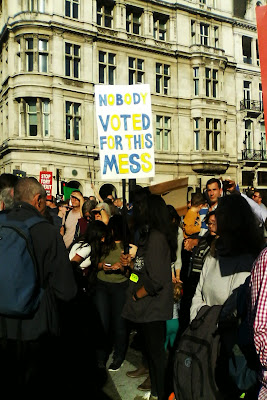 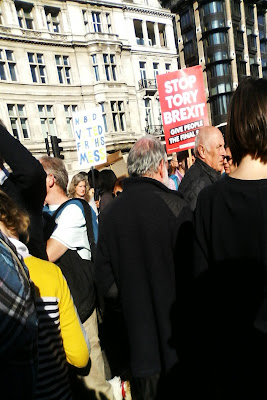 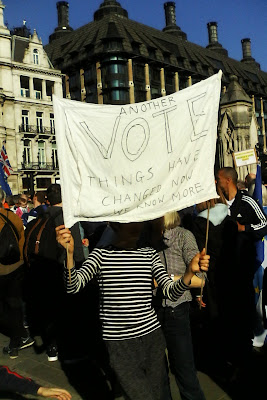 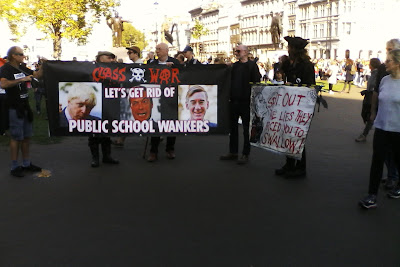 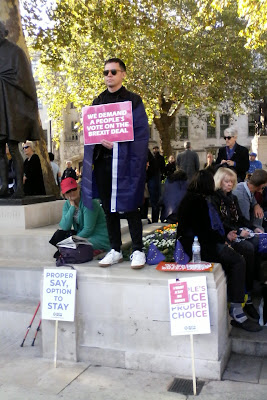 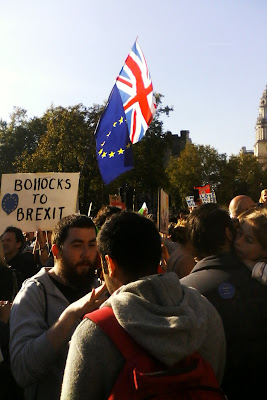 The crowd was certainly large, but it is difficult to assess the scale when you are in the middle of it. Parliament Square was packed and the crowd stretched all along Whitehall, and I could only inch along the road because of the numbers pouring towards the stage where the speeches were being made. 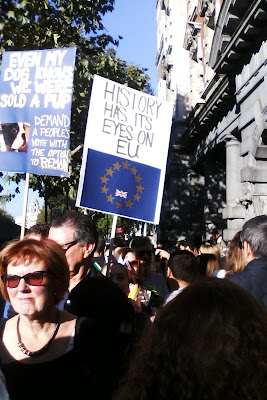 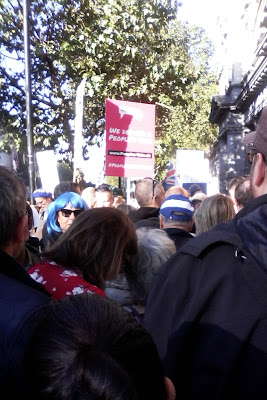 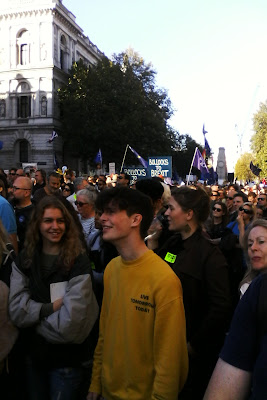 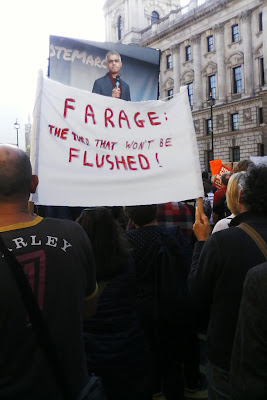 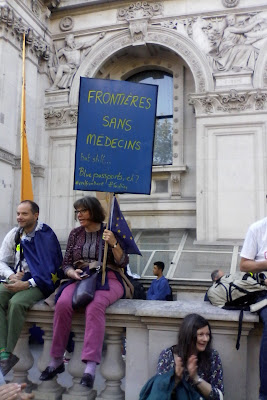 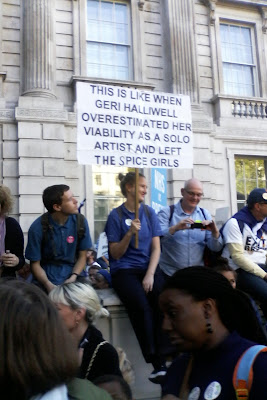 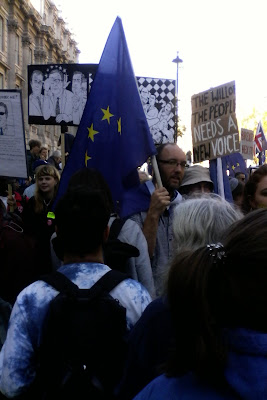 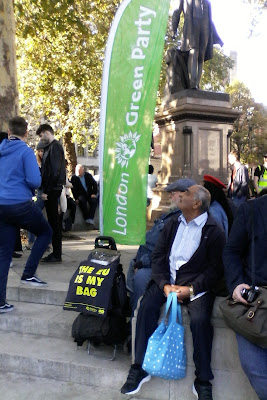 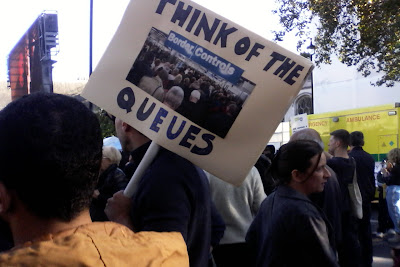 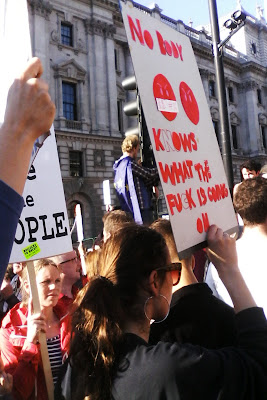 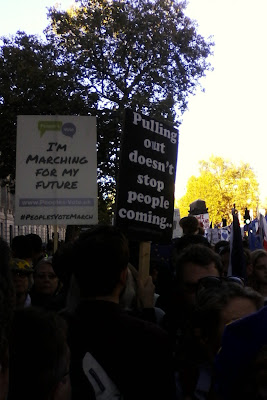 Many of the marchers were young people, who said that their future was being ruined by the decision to leave the European Union. Two of these young people told the Evening Standard why they had decided to come on the protest. Alice Beal said: "All of us were under 18 at the time of the referendum," and Nicky Tarran said: "People say the British people have spoken, we haven't." 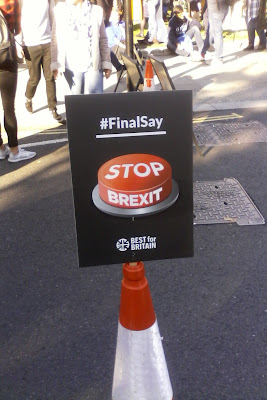 Posted by Mike Shaughnessy at 10:53