Will We Actually Leave the EU in the End? 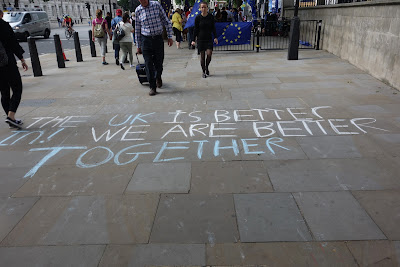 I wrote a blog post last week, covering the Day of Rage demonstration in Parliament Square, which included some photos that I took as I headed home along Whitehall of the Pro-Remain No 10 Vigil opposite Downing Street. It was only a coincidence that these activists were there, as they gather on Wednesday’s and Friday’s to protest against leaving the European Union (EU).

After I’d posted the piece on the Day of Rage protest, one of the No 10 Vigil activists contacted me on Facebook, pointing out that the last few photos were of their vigil, and would I like to talk to them with a view to writing a separate blog post? So, I went along to talk to the group last Friday, which was of course the one year anniversary of the referendum to exit the EU.

Here’s a few pictures of the early evening: 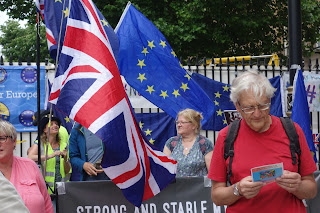 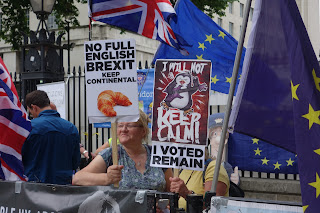 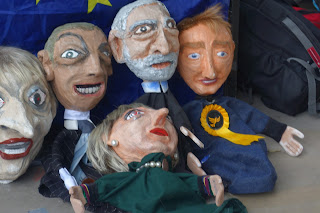 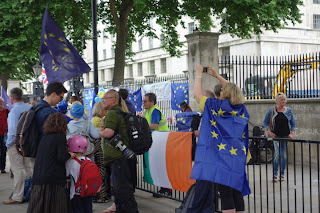 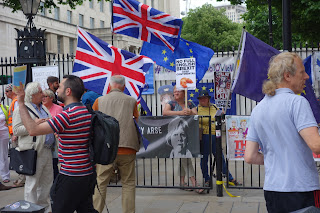 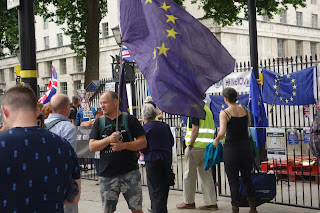 The group was founded in February this year and now has almost 1,200 members on its Facebook page. They also run vigils in Camden and Brixton on Mondays. They aim to be a physical presence to increase awareness of the issues around Brexit, and engage with voters. Apparently some leave voters can be a bit aggressive, but they put up with this.

The few activists that I spoke to were buoyed up by the recent general election result, and they said that as a non-party political group, they thought a hung Parliament was the best result to get. It shows that the country is divided over Brexit. They also thought that many remain voters had voted tactically for Labour to put a brake on the Brexit process, even though Labour is committed to leaving the EU.

I asked if they favoured a second referendum, but they weren’t especially in favour, saying that the process will just drag out now, and, in the end, Brexit will not happen. I think the game has changed a bit since the general election, and I could see Brexit being made into a more long term process. There are different versions of Brexit for sure as well, but to just ignore the referendum result? Constitutionally, this maybe legitimate, but surely the people should be given the choice again?

I voted remain but I think it would only be fair to let the people reverse, or not, last year’s decision, rather than kick it into the long grass until it gets forgotten?