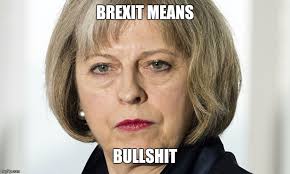 Has there ever been a general election campaign like this year’s? I really don’t think there has been. I can’t find a previous general election in which the opinion polls have moved so much as they have this year, nothing even close. All of the polls show a narrowing of the gap between the Tories and Labour, to different degrees, but all point to the gap closing.
YouGov has been showing the smallest gap for a few polls now, but today’s Ipsos MORI poll slashes its 10 point Tory lead in half, indicating the Tories on 45% and Labour 40%. Another YouGov poll yesterday puts Labour on 50% in London, a 17 point lead over the Tories, and set to gain at least four seats from the Tories, whilst the Lib Dems look to be in line for gaining at least two seats from the Tories.

Even in normally true blue Cornwall, Cornwall Live are reporting a local survey indicating Labour could win in Camborne and Redruth and St Austell and Newquay! There is also some good news for the Lib Dems with them neck and neck with the Tories in North Cornwall and St Ives.

This has happened amid the disastrous Tory election campaign, which has included unpopular policies, policy U-Turns, arrogance, only fleeting and extremely poor public performances by the Tory leader, Theresa May, and plotting by some Tory MPs aimed at removing May from the leadership, should the result be worse than in 2015.

Today’s news of the Tory candidate for South Thanet, Craig Mackinlay, who has been charged with electoral fraud in the 2015 general election, is perfectly timed for effect. MacKinlay is standing in the same seat this year, and has the ‘full support’ of the Tory leadership. The Tories may now lose this seat to UKIP or Labour.

Meanwhile, Local Government News reports Electoral Reform Society findings that one in five voters are planning to vote ‘tactically.’ This is more than double the amount of voters who claimed to have voted tactically in 2015. There could be some UKIP voters tactically voting Tory, but I suspect the bulk of the tactical voting will be anti-Tory, with Labour, Lib Dem and Green voters opting for the best placed challenger to the Tories.


The Lib Dems, it has to said, have had a poor campaign too, hardly making any impression in the national opinion polls, and trailing at about 7%. They have been dogged by their leader, Tim Farron, getting embroiled in a row about whether he thinks gay sex is a ‘sin.’ Farron, should have cleared this up immediately, pointing to the Lib Dems policy on the issue, which is supportive gay relationships, and said his personal beliefs were neither here nor there. Instead, he equivocated and ended up looking shifty. Although it seems like a lifetime away, in psephological terms, the Lib Dems did score 18% in the local elections, less than a month ago. It could be that their small vote will be concentrated in areas that hurt the Tories most.
Labour, apart from a few slip ups from senior figures in the party with exact figures on spending commitments, have had a good campaign. Leader, Jeremy Corbyn, has looked warm, calm and assured, albeit up against Theresa May, he hasn’t had to do much other than behave like a normal person.


We are in the final straight now, and it does still look like a Tory majority anywhere from 1 to about 75 seats, but they could lose their majority altogether. Turn out of anti-Tory voters will be crucial, but we might see the biggest electoral upset ever in the UK.
I did say at the start of this campaign, on this blog, that I still had some hope left that this election might not go as well as the Tories obviously thought it was going to. Something seems to be happening amongst the voters, something I have not seen before in my lifetime, a swing away from the Tories during an election campaign. Blair didn’t even manage that in 1997. Another small swing away from the Tories in final five days of the campaign, and we could be celebrating next Friday.