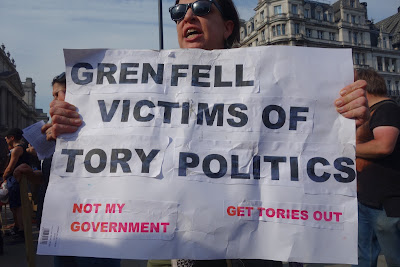 I stopped by the Day of Rage protest in Parliament Square in London on my way home work this evening. I was only there from about 4.45 pm to just after 6pm, although the protest had been going on all day. It was the hottest day of the year in London.

The demonstration organised by Movement for Justice by Any Means Necessary [MJF] saw protesters marching from Shepherd’s Bush to Downing Street on Wednesday afternoon and is aimed at “bringing down the Government”.

The MFJ said the protest was in reaction to “brutal austerity, cuts and anti-immigrant attacks” and last week’s Grenfell Tower tragedy.

From what I saw the demonstration was peaceful, if definitely angry, the mood was mainly calm. One woman said to me, pointing to the Palace of Westminster on the other side of the road, 'why won't they come and face us?' 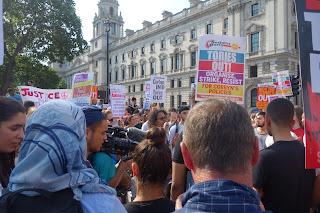 Organisers made speeches calling justice for the Grenfell Tower victims and survivors. 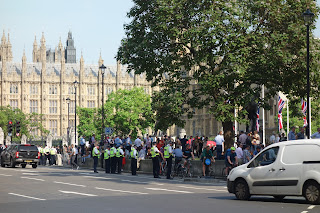 Whilst I was there, there was only a few hundred protesters, they were outnumbered by police. Isaw several police vans with riot officers in side streets, but they were not need when I was there. 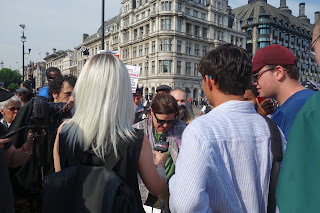 Rebel Media, which is a Canadian right wing media outfit, provoked some of the demonstrators, with angry words exchanged, but it did go beyond that. 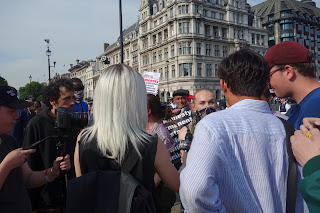 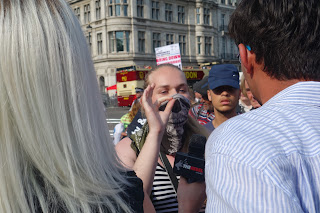 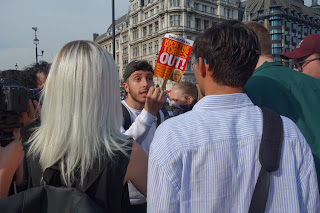 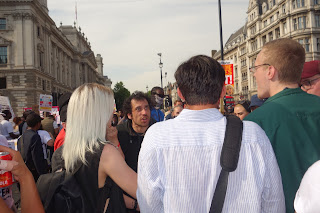 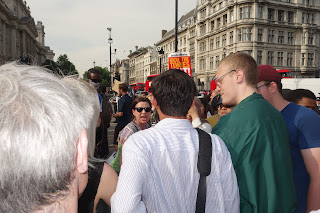 There were plenty of home made placards, although, as usual there was the Socialist Workers Party and Socialist Party made ones. 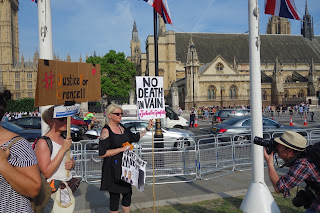 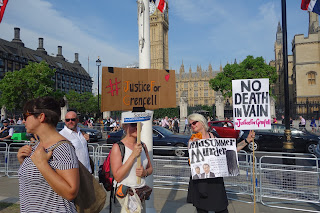 The Rebel News interviewer was led away by police, after some angry exchanges with the protesters. Police stopped the traffic to get her away from the crowd. 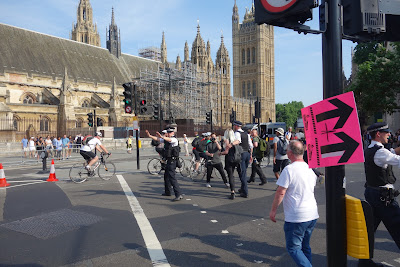 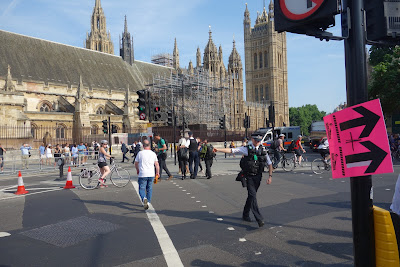 The discussion carried on with the crew from Rebel Media. 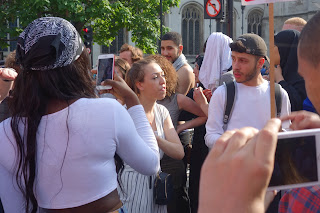 Messages were chalked on the pavement on Whitehall opposite Downing Street. 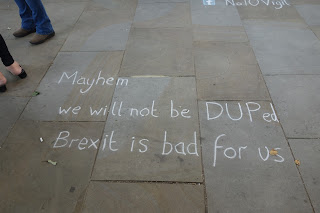 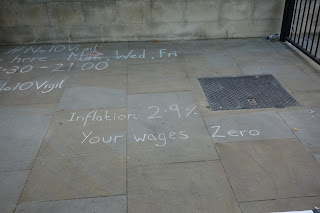 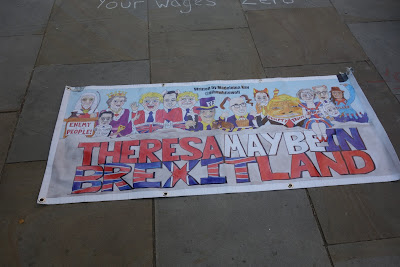 There will be further protests against the minority Tory government over the next few months.

Posted by Mike Shaughnessy at 13:00