How Long can the Tory Government Survive? 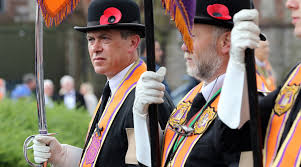 A week and a half after the prime minister Theresa May went scuttling off to Buckingham Palace to inform the Queen that she is to form a government, there has still been no announcement of the terms of the deal with the Democratic Unionist Party (DUP), that is meant to keep the minority Tory government in power. It could be argued that May was somewhat premature in seeking the sovereign’s ascent to form a government, with no agreement in place. May acted quickly to shore up her position as prime minister, but it a fair bet that some deal, perhaps a promise of not voting down the Queen’s speech, by abstaining at the least, is in place with the DUP.

Or maybe it isn’t. Rumours are circulating that the DUP, apart from wanting extra funds and other concessions for Northern Ireland, may want to curb the austerity measures of the last seven years.

A DUP source told the Guardian: “The DUP is a unionist party and that means it has concerns for the people of the whole of the United Kingdom. That means protecting the winter fuel allowance for the elderly person in Scotland is as important to us as protecting the welfare of the elderly person in Northern Ireland. We are keen to defend the rights and welfare of the vulnerable across the UK and that is why any arrangement in our view should be one that benefits everyone in the UK.”

It has been suggested the DUP could achieve this objective by voting for amendments to the Queen’s speech put down by Labour. It depends on what is in the Queen’s speech, so it is likely that, certainly on domestic policy, there will be little of consequence. The main thrust will be Brexit, with some anti-terrorist measures and a bit of infrastructure spending, but it could still be possible to design amendments around an anti-austerity agenda. We will find out tomorrow.

Meanwhile, a legal challenge will be made to the agreement between the Tories and DUP, as a breach of the Good Friday Agreement.

If the government are forced into accepting Labour amendments to the Queen’s speech, it would in effect mean that the government cannot control the domestic agenda, and it would be carrying on just to deliver a Brexit deal. It is hard to see the government surviving for long when it is implementing Labour policies, but they might just stretch things until March 2019, when we formally leave the European Union. Although, there will be a fierce battle in the Tory Party over what the terms will be. This is a sport that the Tories can’t resist, and hasn’t it always been the case, Tory infighting over Europe?

Even if no amendments are forced onto the government, and they pursue a minimalist domestic agenda, the fight over Brexit in the Tory Party will still take place, and threatens to destabilise the minority government.

The government will also be at the mercy of events, like last week’s Grenfell Tower blaze, and is likely to be buffeted about by these events, as it staggers on in zombie like fashion.

So how long can this state of affairs last? Well, it depends on events to a very large extent. Will there be by-elections in Tory held seats? If there are, and they are lost, the government’s majority will be whittled away, even with support from the DUP. But the main threat to the government will be from within its own ranks.

There are just too many forces pulling in different directions, particularly over Brexit, Europhiles and Eurosceptics, the Scottish Tories 13 MPs, who are looking for a soft Brexit, are one dangerous grouping for the government. It doesn’t look like they will be able to keep all of their MPs happy, given the differences of opinion.

My best guess is that May is replaced as prime minister in the autumn, and a new leader elected, and a general election next spring, but they may stagger on a bit longer, or may be brought down sooner. But, bookmaker Paddy Power has the odds at 13/8 that a second General Election will be called this year.


There is a protest march and demonstration tomorrow in London, called the Day of Rage, where protesters will march from Shepherd’s Bush to Parliament, to demand the government goes, and as the facebook page puts it ‘Bring Down the Government - Shut Down London.’ Attend it if you can.

Posted by Mike Shaughnessy at 10:36