Surrey's Council Tax Referendum is a Cry for Help 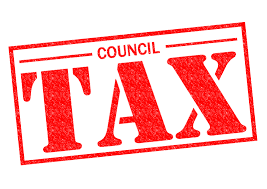 News that Surrey County Council will hold a referendum of residents on raising their council tax by 15%, has ignited a wider debate about local authority funding.

The Council leader, Cllr David Hodge, a Tory, told the Municipal Journal (subscription) after the announcement why the increase is necessary:

'Demand for adult social care, learning disabilities and children's services is increasing every year so I regret, despite us finding £450m worth of savings from our annual budget, we have no choice but to propose this increase in council tax.'

Under the government's rules on council tax increases any increase over 2% requires a referendum's approval from residents. For this year and next only, a further 3% council tax can be raised without a referendum, but this money is ring fenced for adult social care provision. Most local authorities view the amount that this would raise as insufficient to deal with the situation on the ground as well as being unpopular with council tax payers.

As Cllr Hodge says, social care, for children as well as adults has been subjected to around a 40% cut in funding over the last six years, with more to come in the next two years, especially. The situation is compounded by government plans to introduce, what it calls a National Living Wage. Care workers are mainly paid at the lesser National Minimum Wage rate currently, raising costs for councils further. Many private social care providers, who council's sub-contract the care to, are going bust. Surrey has nowhere else to turn, if it is to pay for a proper level of care for its residents.

But a debate is all that it is likely to raise, as I fully expect the referendum to be lost. The only previous council tax referendum, in Bedfordshire in 2015, which asked for a 15.8% rise to fund extra police, was defeated by more than a two to one majority.

It seems as though people will not vote for a tax increase, however good the cause may be. Even people who are in favour of the rise, are much less likely to get out and vote, than those who oppose an increase. It could be that Surrey know this, and are trying to pressurise the government into providing more funding, but the government seems relaxed about the residents making the decision, either way.

Referendums are unsuitable for local tax rises, they should only be used for national constitutional matters, like the EU referendum last year. After all, when the government raises tax nationally, we don't have a referendum about it. If people don't like it, they can throw the government out, and the same should apply to local government.

When even a Tory council is forced into seeking approval for such a large rise in council tax, then it signals that there is something very wrong about funding for local services, and in local government the despair is widespread. The Local Government Association, also headed by a Tory councillor, Sir Gary Porter, has called for the government to seek cross party support for a viable solution to the funding of local care, before the system collapses completely. They do not see council tax rises as a suitable way to fund these services.

It is not that these cuts to local funding actually save any money overall either, because of the knock on effect of 'bed blocking' in hospitals, because patients can't be sent home where home care provision is so sparse. It is much more expensive to keep people in hospital, and of course increases waiting lists for the treatment of other patients. The government's approach to the issue is therefore not only callous but counter-productive too.

The government have announced a review of the funding of social care for the future, but this may be just a smokescreen, to weather the storm of bad publicity.

It is high time that the government took this issue seriously, and put in place a proper plan for funding these services. Their ideological mania for slashing public services does not work and deprives vulnerable people of much needed care and human dignity.

Posted by Mike Shaughnessy at 10:24