If you carry a Firearm the Police will Assassinate You, it Seems 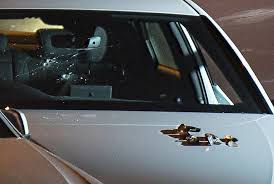 The fatal shooting by police of Yassar Yaqub in a slip road off the M62 in west Yorkshire on Monday, throws up many questions. Official details have so far been very limited to say the least, but it appears that Yaqub was shot by police marksmen, without any returning fire from the car that Yaqub and one other person were travelling in. The police have said that they have recovered a ‘suspected firearm’ from the scene.

As far as I can tell from what has been reported in the media, Yaqub’s car was stopped by a police car swerving in front of it and blocking its path, at which point other police vehicles surrounded the target car, and police marksmen opened fire, shooting through the windscreen and killing Yaqub. It doesn’t appear that any attempt was made by the police to arrest the people in the target car, before police opened fire. As I say, we don’t know much yet, and perhaps we never will.

The word assassinate is a strong one, but it was the term used by the victim’s father, Yassar, as reported in the Guardian, in an exclusive interview. He also raises some of the questions that he wants answers to. In the piece he asks:

“So what happened between getting on the motorway and getting off? Nothing’s happened in between has it?

He added: “The terrible thing is that if it was a fight you could understand it but this – somebody in the car just bang, finished – that’s what is killing me more.”

Yassar Yaqub is hopeful of getting answers to his questions, and he quoted the similar police shooting of Mark Duggan in Tottenham, London, which led to riots in the area and most of the English cities in 2011. In truth we never really got to the bottom of what happened when Duggan was shot, so I think Mr Yaqub may be disappointed.

This is what Stafford Scott, a community activist in Tottenham said after the verdict of ‘lawful killing’ in the inquest into Duggan’s death in 2014:

‘Firstly the family is struggling to understand how the shooting of an unarmed man can still be deemed a lawful act. The "safety net" for police officers in such circumstances is that the killing is lawful if the officer has an "honestly held belief" that he or others are in imminent danger. But in this case the jury themselves stated it was their belief that Duggan had thrown the gun before being fatally shot, so where was the immediate, clear and present danger?

At the inquest, V53 – the officer who fired the fatal shots – said that he definitely saw the sock-covered gun and was even able to describe seeing the barrel of the gun sticking out of the hole in the sock. He also gave this sworn testimony in the two trials of the alleged gun supplier, Kevin Hutchinson Foster. On each of these occasions he stated he was positive that Mark had the gun in his hand when he shot him the first and second time. Each time he described it as a "freeze frame" moment, adding: "This is something that you do not forget." He further justified the need for shooting Duggan twice by describing how the first shot spun Duggan around so that the gun was pointing directly at him when he shot him the second time.’

I would add, that there were inconsistences and contradictions in the police’s evidence, with eye witness reports completely at odds with the police’s version of events. Indeed, the word on the street in Tottenham, is that Duggan’s gun was in a shoe box, and he made no attempt to use it at all. The feeling is that the police took the gun out of the box and planted it some twenty yards away from the car Duggan was travelling in.

So, I wouldn’t expect we will get to the truth of Yaqub’s killing, officially, either. But it does appear that the police now operate a shoot to kill policy, if they suspect a person is carrying a firearm. We know that these instances are very difficult ones for the police officers involved, but they should be highly trained individuals, and act in a professional manner. By making no attempt to arrest armed suspects, the police are effectively acting as judge, jury and executioner.


Where is the rule of law in all of this? This cannot be allowed to continue, or else people in similar situations will fire first on the police, in what would be a rational case of self defence. The police’s actions are escalating these situations, basically encouraging a fire fight.
Posted by Mike Shaughnessy at 10:18