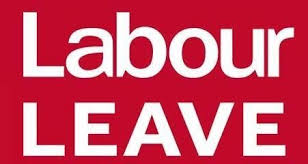 When Theresa May, the Prime Minister, made her much trailed speech on Tuesday, on her approach to the Brexit negotiations, I was surprised by the positive reaction of both Remain and Leave supporters. It was billed as a outline of the government's plan for getting a deal for Britain with the European Union, once we leave the EU. I suppose it did throw a little light on the British government's approach, but not much, as it continued the fanciful thinking that the EU will cave into British demands for 'access' to the single market, whilst we insist on restricting immigration from the EU.

The threat of Britain becoming a super sized tax haven for corporations and wealthy individuals, on the fringe of Europe has always been likely what we will end up with post Brexit, but at least this is now official. This would cause a problem for the EU, but there is nothing to stop them following suit, and matching Britain's actions.

Indeed Ireland already adopts this strategy in enticing businesses to locate in the country. It would lead to a race to bottom in terms of absolving companies from their social responsibilities, but I have no doubt that a market of 450 million consumers, will win out over one with 65 million.

Tory Remainers like Anna Soubry, welcomed May's speech as did Tory Leavers, like Iain Duncan Smith, both seeing something different in it. Keir Starmer, Labour's Brexit spokesman, also welcomed the speech, saying it was signal that May was aiming for 'Brexit Lite'. Jeremy Corbyn, the Labour leader, also appeared content, apart from the tax haven idea. I didn't read it in a positive way, and was surprised that, the SNP, Lib Dems and Greens apart, it was roundly applauded. For me it was a threat of the hardest possible Brexit.

By Wednesday though, the appearance of consensus in Labour was shattered, with first Sadiq Khan, Labour's London Mayor, writing in the Evening Standard, where he said: “A hard-line approach to Brexit may hold the Conservative Party together, but it could rip Britain apart." He went on to insist on the importance of remaining in the single market, at least for London, anyway.

A report in yesterday's Guardian said that many Labour MPs, including some in the shadow cabinet, and not just the usual suspects, were planning to vote against the triggering of Article 50, to formally begin Brexit, if the government loses its appeal in the Supreme Court next week. Jeremy Corbyn said in an Sky TV interview later in the day, that Labour would not vote against, but appeared to change his mind later still.

My MP, Catherine West, in Hornsey and Wood Green in London, is said to be one of the Labour MPs who will vote against, not unsurprisingly in a constituency that voted 70% to 30% Remain, and where West gained the seat in 2015, from the Lib Dems.

Tristram Hunt, the departing Labour MP for Stoke on Trent, in a final speech in the House of Commons yesterday, put his finger on the dilemma for Labour MPs in overwhelmingly Remain constituencies when he said:

"The vote to leave the EU has deepened the divide between Labour voters in cities like Cambridge and industrial communities like Grimsby, Redcar and Stoke."

Peter Kolarz writing on the Compass blog, also addressed this issue on Thursday:

"The centre-left finds itself in a conundrum, caught between the old politics of left and right and the new politics of the global, digital age; between a supposed urban, liberal elite on one hand and dwindling support in its former working class heartlands on the other."

All of this writ large in the issue of Brexit for Labour. I suspect that most of the younger, newer Labour members and supporters are pro-EU membership, not just the old guard of the establishment, which is probably why the MPs coup against Corbyn was mounted, almost immediately after the referendum in the summer.

This issue is not going away either, we have two years of it at least, and it will surely shape the result of the next general election, probably in 2020. We know from experience that divided parties do not win general elections, and there was a time in the recent past when I thought the EU referendum held out hope of destroying the Tory government. I didn't anticipate it would be Labour that was riven over the result, there again, I thought we'd vote to Remain.

The problem with the Labour leadership's approach here, is that it basically backs the government's, so if it all goes wrong, Labour can hardly claim any credit. In my opinion, the only way the Tories will lose the next general election is if they do muck up Brexit. On the one big elephant trap that the government faces, Labour is looking like following them into the pit below.

Clearly, Labour has given up on Scotland electorally, and risks losing urban areas in England to the Lib Dems and perhaps a Green or two. It is a very strange tactic to take, a kind of muddled form of triangulation where you try to out Tory the Tories, no doubt with a different set of policies, but the damage may be done by then. We need to brace ourselves for untrammelled Tory governments, for as far as the eye can see.

Posted by Mike Shaughnessy at 10:17