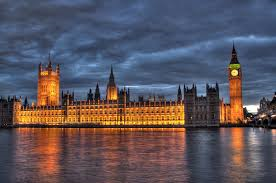 In what must be a record for brevity for a British Parliamentary Bill, more akin to a tweet than primary legislation, the government has announced that MPs will only have five days to debate the Article 50 Bill. The government will resist all amendments to the Bill that tries to give Parliament a meaningful say over the terms of the Brexit negotiations.

The government has had over six months to release this Bill, and are only doing so now grudgingly, to comply with the Supreme Court's judgement that to trigger Article 50, the mechanism by which the UK process to leave the European Union (EU) is formally started, an act of Parliament is required. Anyone with even a rudimentary grasp of the British constitution, would know that Parliament is sovereign under the constitution, but the government has dragged all of this out for months, and now wants to rush it through in order to meet their arbitrary timetable.

Much has been made in the right wing media of the 'will of the people' being upper most constitutionally in importance, but the plain fact is, the people are not sovereign under the British constitution, sovereignty rests with Parliament. Of course the people can remove their representatives at Parliamentary elections, but that is the extent of the people's involvement in law making.

The government says that MPs will be given a vote on the final Brexit deal, but it will be a fait accompli by that stage, with the only alternative available being no deal whatsoever. This is a cynical attempt by the government to railroad this process through Parliament without any input from MPs, but which complies with the constitutional conventions.

Five days is not enough time to debate what is the most important policy matter for the UK in the last forty odd years, since we joined what was the European Economic Community (EEC) in 1975. The legislature (MPs) must hold the executive (the government) to account on this, so would not be doing their jobs if they wave this Bill through. This is how our democracy works, whatever the right wing media says about it, and MPs should stand up to this disgraceful bullying, difficult though this will be.

The opposition parties will probably all introduce 'reasoned amendments' to try and gain some influence over this process, but if this fails to achieve that aim, MPs should vote to kill the Bill entirely. It is the only other option open to Parliament. The big problem with this though, is that without Labour MPs voting against, the Bill will pass comfortably into law.

The Labour leader, Jeremy Corbyn, has instructed his MPs to vote for the Bill, and it seems, bar maybe about 50 of the 229 Labour MPs will vote for the Bill in the end, whether or not MPs get a say in the Brexit process. Which all goes to make the Parliamentary exercise rather pointless, since the government will not need to concede anything to MPs, to get their way. So much for the official 'opposition' party, who appear to see their role as supporting the government on this.

If the government gets next to no concessions from the EU, which seems the most likely scenario, we will end up with no deal, which will make for a very bumpy ride for the British economy over the next few years, and probably lead to the UK becoming a tax haven economy. Like the Cayman Islands, but with rain.

How can the Labour leadership let this happen? Well, they are running scared of their voters in the north of England defecting to the xenophobic UK Independence Party in what some have suggested would be an early general election, whilst Labour are in disarray. But this need not be case.

With the Fixed Term Parliament Act introduced in the previous Parliament, the calling of general elections is not in the gift of the Prime Minister anymore. For an early election to be called it would need a two thirds majority in Parliament in favour, and if Labour voted against, there will be no early election.

Labour is risking losing many of its MPs in London and some of the other bigger cities, probably to the Lib Dems, by following this course of action. They will deserve their fate, for abrogating their responsibility so weakly to the 48% of the electorate who voted to remain in the EU. It could also be the beginning of the end for Labour as major force in British politics. So be it.

Posted by Mike Shaughnessy at 12:06