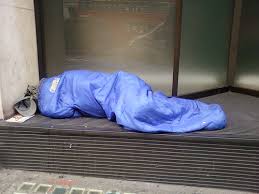 Analysis by the National Federation of ALMOs (NFA) and the Association of Retained Council Housing (ARCH) finds that almost 90% of Universal Credit claimants are in arrears with their rent. Almost 60% are in arrears for more than one month's rent, and facing the possibility of eviction from their homes.

Universal Credit (UC) is the government's flag ship welfare policy, whereby six different benefit payments are rolled into a single UC benefit, which includes the former Housing Benefit. It was introduced two and half years ago in some areas, and has been bedevilled with IT problems, which were said to be 'teething problems,' but the report says that the situation is actually getting 'dramatically worse.'

John Bibby, chief executive of ARCH, said: "We are extremely concerned with the upward trajectory of rent arrears for Universal Credit households. Not only are the numbers of households increasing as UC is rolled out, but the percentage of households falling into rent arrears and experiencing financial difficulty is critically high."

A report last month by the New Policy Institute (NPI), commissioned by the Joseph Rowntree Foundation, warns reductions in Council Tax Support (previously Council Tax Benefit) in some areas of England, are leading to home evictions. In areas where a minimum payment from claimants is required, of more than 20% of the full amount in some areas, evictions are rising. Local authorities are free to choose how much of the total Council Tax bill, they require claimants to contribute towards.

The report quotes a report by the Child Poverty Action Group and Z2K that found that research they did in London in 2015-16 showed there was an increase of 51% of claimants being referred to bailiffs than in 2014-15. There was also an increase in the numbers of claimants charged court costs and the report says that claimants were cutting back on essentials like food, clothing and heating.

Yesterday, the Evening Standard reported that Shelter, the homelessness charity, predict that 1260 families will lose their homes in the capital in the next month and over 7,370 over the next six months. In July to September last year, official figures show 4,580 families in London being housed in temporary accommodation of whom 40% lost their home at the end of a private tenancy agreement.

This after more general cuts to benefits, the benefits cap, those benefits associated with disability and the 'bedroom tax,' with a sharp rise in jobseeker claimants having benefits sanctioned, for up as much as three years. Where people are in work, wages are low and stagnating with in work benefits reduced. Pay day lenders and other loan sharks prey on desperate people and the situation gets worse.

Lack of genuinely affordable housing, insecure short term private tenancies and benefit cuts, compounded by court costs, all whips up the perfect storm for a homelessness crisis, which is pretty much what we have at the moment. I see it myself around where I work in central London, there has been a marked increase in rough sleepers in the last couple of years.

Some more facts about homelessness:

The government responded today by announcing support for a Parliamentary Private Members Bill, the Homelessness Prevention Bill, which will oblige local authorities to provide accommodation for people without dependent children. The government pledged an extra £48 million to fund the new duty, which councils said was too little. The government needs to change its whole austerity policy if it wants to resolve this situation. It is highly unlikely they will.

The government's drive to cut benefits and the localising of much of the welfare benefit system onto the shoulders of already hard pressed local authorities with central government grants continuing to be reduced, has created this crisis.
It really is a scandal that one of the most basic of human needs, adequate shelter, is getting beyond an increasing number of our fellow citizens.

Posted by Mike Shaughnessy at 10:22