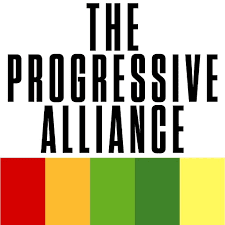 Well, my scepticism about a progressive alliance ever coming into being, has finally been confirmed. In many ways it is a shame, as I broadly supported the idea, but I just could not see Labour in particular, but the Lib Dems too, who have shown very little interest in taking the idea forward, other than suggesting that the Greens should stand down everywhere, agreeing to it.

Labour MPs like Clive Lewis and Lisa Nandy have spoken in support of a progressive alliance, but this has largely been the exception within Labour. But it appears now as though Labour is officially against the idea.

Writing on the website Labour List, Alice Perry, a member of the party's National Executive Committee (NEC) representing local government, reports from last Tuesday's meeting. The progressive alliance was one of the items discussed at the meeting, and she writes:

"Jeremy Corbyn and the NEC confirmed opposition to so-called “progressive alliances”, with Jeremy and others agreeing that parties like the SNP and the Lib Dems are not progressive. Labour will stand candidates in and contest all relevant elections."

So there you have it, probably the clearest statement about anything to come out of the Labour Party this week. The progressive alliance will not include the Labour Party, which to all intents and purposes means the idea is dead. Without Labour, it is pretty much pointless, if the plan is to kick the Tories out of office, which is what it has always billed as.

I suppose it is still possible I guess, that there will be a few local agreements here and there, but that will be the extent of it. Without being an expert on Labour's rules, it is probably possible that a conference motion could reverse this decision, but that looks highly unlikely to me.

The contradictions inherent in the policies and outlook of the different parties that may have formed a progressive alliance, has made it impossible in practice.

It is probably for the best all round that Labour has made its opposition clear now, so that the other possible members of the alliance can all get on with planning their own election strategies. There is no distraction now for the Green Party in developing a strategy for trying to win a handful of Parliamentary seats at the next general election, probably in 2020, and for making some gains in local government representation over the next few years.

We have distinctive policies, let us go out and convince the people to vote for them.
Posted by Mike Shaughnessy at 08:39