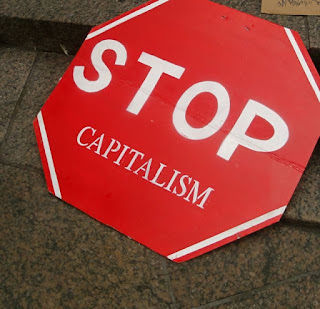 A YouGov survey for the Legatum Institute in seven nations, Britain, USA, Germany, Brazil, India, Indonesia and Thailand, shows the public’s attitude to capitalism to be deeply sceptical at best. Thanks to The Independent for drawing this information to my attention.

There are clearly cultural differences amongst this diverse collection of nations and peoples, so it is not always easy to draw conclusions across the board. Here I will look at the UK results with some comparison to the other ‘developed’ nations, USA and Germany.

As with all opinion polls, the answers depend on the precise question that is put, and in this survey I do think some of the questions are loaded, so I’m just concentrating on what I think are the clearest ones.

The results overall are pretty damning for the capitalist system, which at the very least suggest that people no longer believe that capitalism is the universal engine for social mobility that it was. There is some good news for the system though, in that people think the alternative bureaucratic socialist systems are even worse. This is understandable given the oppressive nature of these regimes, and their relative economic (and ecological) failure as opposed to capitalist systems.

The poor get poorer and the rich get richer in capitalist economies. Agree/Disagree.

So, clear majorities in each country that say they agree with this statement. Although, it is perhaps a surprising result, in many ways it should not be. All of these countries have seen wages stagnate or fall in the last decade or more, which led to the great crash of 2008, and from which we have not fully recovered yet. Before the crash wealth was increasing in terms of house values (in the UK and US particularly), but inevitably this was unsustainable and was the effective cause of the crash.

Most of the biggest businesses in the world have dodged taxes, damaged the environment or bought special favours from politicians. Agree/Disagree.

The era of the Libor interest rate fixing scandal and the cheat devices deliberately installed inside Volkswagen’s diesel cars has clearly taken its toll. Frequent stories in the media of the dodging of taxes by big business, like Amazon, also play into this impression and politicians who take money from corporate lobbyists and often end up on the boards of private companies when they leave politics, further entrench the perception. There is a general lack of faith in our politics and politicians which is reflected in low turn outs at elections (in the UK and US) and democracy appears to have been corrupted to the point that it is no longer viewed as a valuable concept.

What is good for business is usually good for the rest of society. Agree/Disagree.

Fairly even results here, but there is still a lack of empathy with business in these countries. The survey does show more support for this proposition in the less developed countries (+32% in India), who have shown some gains in wealth, for some, with the neoliberal push for globalisation and the off shoring of capitalist production in these countries. In addition, in the West there may be more concern about the environmental and other negative side-effects of some business activity.

Strong Community and family life is an important to well-being as a strong economy. Agree/Disagree.

People might be expected to support a concept such as ‘strong community and family life’, but I think there is a yearning here for well-being not confined to GDP statistics alone. There is certainly scope for policies around community cohesion to be popular. It is probably only the Green Party (in the UK), that have stressed a need for different measures of satisfaction with life.

The next generation will probably be richer, safer and healthy than the last. Agree/Disagree.

Only 19% of the British people surveyed agree with this statement, which is a reflection of how the economy has gone in recent years. With student fees and loans, high house prices (sale and rental) and falling or stagnating wages, high unemployment and cuts to most public services, it is a surprise even 19% support this statement.

As Thomas Piketty finds in his book Capital in the 21st Century the top 10% of earners took more than half of France’s total income in 2012, the highest level recorded since the government began collecting the relevant data a century ago, inequality has risen and social mobility has stalled across the West.

These results indicate that if a plausible alternative to capitalism, or at least to the neoliberalism version of today, that is not an authoritarian, centralised and bureaucratic kind of socialism (i.e. the twentieth century kind), can be communicated to the public at large, here and in other countries, it could be successful.


This is our challenge, to promote ecosocialism as the cure to our many ills, in a language that is modern and relevant, for a future worth having.
Posted by Mike Shaughnessy at 08:55