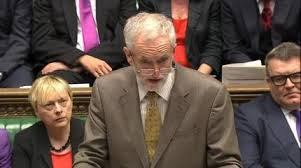 The Prime Minister, David Cameron, told the House of Commons yesterday, that the Royal Air Force bombing of Islamic State (IS) in Syria will make the British public safer from attack here at home. On what basis he makes this claim, is far from clear though, as all the real evidence suggests that taking this action will make it more likely that the UK is targeted by IS.

The recent history of Britain’s involvement in military action in the middle-east is not a happy one, in Afghanistan, Iraq and Libya, our interventions have been an unmitigated disaster. IS didn’t even exist before the invasion of Iraq and were kept in check in Libya, until we bombed that country to facilitate the removal of Gaddafi’s regime. Now jihadists control parts of Libya as well as parts of Iraq and Syria.

Ten years ago, in the wake of the London transport system bombings by four British Muslim men, another group of four tried to repeat the atrocity, but their homemade bombs failed to detonate. At their trial the men said that they had watched video footage of Western airstrikes on Muslim countries to get themselves into the mood to carry out the retaliatory operation in London. There is no reason to think that if we bomb Syria, it will be anything but a further encouragement to would-be jihadists here in the UK.

The attacks on Paris and the Russian passenger plane in Egypt, came after these countries got involved in bombing Syria, which seems to confirm that their action prompted these terrorists reprisals.

Cameron made the all too familiar claim that our bombs are so accurate that there will be no chance of civilian casualties, which is not borne out by recent experience, and it is hard to see how aerial bombardment can dislodge IS from urban areas, without a ground force to clear and secure territory. The Refugee crisis in Europe will no doubt be made worse by more bombing.

Cameron’s other claim, that the Free Syrian Army has 70,000 soldiers in Syria, is disputed by almost everyone, the US military included, who say they are tiny in numbers. Indeed, they would have been defeated by now by Assad’s government forces if it wasn’t for the jihadi groups also taking on Assad.

The Kurdish fighters in Rojava have greater numbers, but still they are insufficient to conquer IS in the widespread areas under its control. Assad’s forces (and allies like Hezbollah) are the only effective fighting forces with the capability to be ranged against IS in Syria. But there is still a reluctance to aid Assad in Western countries.

It is very complicated situation in Syria because of regional rivalries, with Turkey more interested in fighting the Kurds than IS and Saudi Arabia and some of the smaller Gulf states are more concerned with fighting the Shia forces of Assad, Hezbollah and Iran. IS receives plenty of funding from Saudi individuals too. Russia of course is backing Assad to further complicate matters.

Cameron claims that bombing IS will degrade their capability to attack the UK, but this is another flimsy argument. The US and others have been bombing Syria for over a year now, and it didn’t stop the Paris attack. It must make it more difficult for IS to operate in Syria, but that is all. For the UK to add a few more bombers to the existing efforts, will not make any material difference to the restricting IS on the ground in Syria.

Corbyn, it seems, has failed to convince his shadow cabinet and many of his MPs to oppose this military action, and it is looking like the government will win a vote in Parliament, probably next week. The Labour leader will no doubt allow a free vote for Labour MPs on the issue, as the alternative is to have most of the shadow cabinet rebelling. This might solve the disagreement within the PLP, but it will also undermine Corbyn’s authority as leader.


Labour MPs appear to have been swayed by the emotional rhetoric that Cameron deployed in the debate yesterday. Have they learnt nothing from recent experience? It doesn’t look like they have.

Posted by Mike Shaughnessy at 11:22