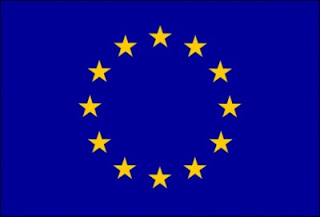 As the Prime minister finally, formally sets out his demands to the European Council President, for the UK’s continued membership of the European Union (EU), we can at best see only the outlines of his negotiating position. There are four areas where Cameron is seeking changes to how the EU operates. They are:

What is behind this demand is protection for the City of London as the leading financial centre in the EU. Cameron doesn’t want the nineteen countries in the Eurozone to be able to out vote the other nine member states who have their own currencies, which on the face of it, seems to be a reasonable position. But the thinking is that if the EU votes to introduce tighter financial regulations or for example, a Tobin (or Robin Hood) Tax, then the UK could effectively exempt itself and the City of London from any provisions agreed amongst Eurozone states.

It has been pretty obvious for a while that Cameron would seek something like this, and the other member states were probably expecting something along these lines. It is probably achievable too, with the German government already having given some qualified broad approval to it.

This is largely a cosmetic exercise. The UK (and other non Eurozone countries) could get an exemption from the aspiration of ever closer union, but the EU will carry on just as it has done. It will not undermine closer union in practice, especially within the Eurozone. It is only symbolic and the EU recognises that different member states will proceed at a different pace to closer union than others. Cameron also wants non Eurozone countries to be able veto future changes to closer union. This is more problematic, but this is probably solvable in the end.

This is much more difficult to achieve, because it will be discriminatory to non British nationals moving to or already living in the UK. Cameron has given up on trying to restrict immigration from EU countries, but the Tories have been adept at conflating immigration with welfare benefits. They appear to think that restricting welfare in this way, will deter some immigrants from coming to the UK, which it probably will not, but at least they can say that these people can’t claim welfare payments, as consolation prize on the immigration issue.

Particularly eastern EU countries are not happy about this because it will mainly affect their people, but Cameron could make the same restrictions on British people too, which would then not be discriminatory. Given the problems that the government has at the moment with its tax credit proposals, this is a difficult area to resolve.

As Frances O’Grady, TUC General Secretary said, the ‘devil may be in the detail' with this demand. Whenever I hear a Tory politician complaining about ‘red tape’ I immediately think important protections are at risk. Employment laws are usually targeted for abolition, as the Tories view these as an unnecessary intervention in the ‘free market’. Things like health and safety at work laws and other employment protections are considered to hold back businesses from making money. This is where we could end up losing much of the European ‘Social Chapter’, if Cameron gets his way.

Environmental protection laws could well come into the red tape category too, because it can place costs on business (quite reasonably). We will have to wait and see when the full extent of this demand is fleshed out.

The Tory Eurosceptics are lining up to denounce Cameron’s desired reforms, as they see them as well short of free trading agreement only version of the EU that they are prepared to endorse. But, if Cameron manages to ditch the social chapter provisions, the unions and elements of the left will not be happy.

The Prime Minister may end up upsetting both sides on the in/out referendum on our membership of the EU, which would surely be the end for Cameron as leader. He's employed a slippery strategy on the referendum, and he may be about to fall flat on his face.

Posted by Mike Shaughnessy at 10:49