How to Deal with IS – Planes, Frigates and Nuclear Submarines? 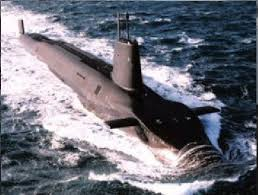 The government announced in the strategic and security review yesterday, that spending on defence will be increased by £12bn to £178bn over the next decade. The bulk of this money will be spent on four new Trident nuclear submarines, 28 new fighter bomber aeroplanes and 8 new frigate class warships. (Two new aircraft carriers have previously been announced).

The Trident system, which was estimated to cost £20bn to buy nine years ago, is now estimated at a cost of £31bn, and seeing the trend for this amount to rise further, the government will also keep £10bn as a contingency, in case the cost rises again, which seems probable. Maintenance and running costs over the lifetime of the Trident system, could run to an extra £100bn or more.

The 28 new Boeing F-35 aeroplanes will cost a combined total of nearly £3bn and the eight frigates will cost (although I can find no official cost estimates) around £1bn each.

There is more money for ground and special forces, for aerial drones and other reconnaissance type aircraft, which is at least more in keeping with the defence challenges that the nation faces today.

This is of course, from jihadist terror groups, mainly located in Iraq and Syria, and more importantly with cells in the UK and other Western countries.

The list of military hardware above only has a defensive capability in a nation against nation war, a relic of the cold war years, or as an offensive force with even older imperialist ambitions.

What use are warships and planes against a well dug in adversary on the ground, in civilian areas, or the domestic terrorists who reside within our own countries?

By this thinking, since the Paris attacks were launched from Belgium, the French should presumably nuke Brussels in retaliation? This is clearly ridiculous, but the whole strategy is ridiculous in itself.

The Trident system cannot be targeted without US satellite guidance assistance, so if the Americans don’t want us to use it, then we can’t. But it may be unusable anyway if it was cyber attacked, and we know that IS is trying to perfect hacking of Western military computer systems. Even if we are able to execute a submarine attack with nuclear missiles, who will we aim them at? Civilian areas in Syria that IS controls? That would be a war crime of massive proportions, and would no doubt lead to an increase in recruitment for IS or whatever grouping replaced it.

The government will no doubt say something like 'if we don’t fight them over there, we will have to fight them here at home’, but this just rhetoric. Attacking them ‘over there’ actually means we are more likely to be attacked at home.

So we have a useless nuclear system and an ineffective military which will cost a fortune, when financial belt tightening characterises the rest of our public realm. This is beyond stupid, it is a wilful act of negligence on the part of the British government, who surely know that this spending will not make the British public one bit safer, quite the reverse, it will increase the danger to our citizens. It is a cynical attempt to justify this spending at a time when the public are nervous and more open to extra military expenditure.


All of this at time when police forces are being cut to the bone, when the best defence we can have against home grown terrorism is by the police gaining the trust of Muslim communities and working with them to foil attacks before they can be launched. Reduced police numbers will inevitably make this more difficult to achieve. Senior police officers and community leaders are already making this point. They might as well be pissing in the wind though, as this government clearly wants to carry on with the failed policies of recent years, in spite of all reason.