As Greece Surrenders – What Now for the European Anti-Austerity Movement? 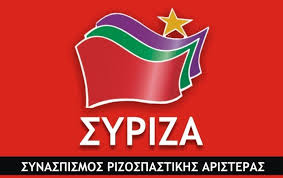 The Greek government has submitted a last ditch proposal to its creditors in the EU and the IMF, reportedly conceding to an even harsher austerity regime than they have had for the last five years. Reports say that the proposals offer 13 billion Euros in cuts to public sector pay, jobs and pensions with sharp increases in VAT, together with a swathe of privatisation of public assets. The hope is that this can be traded for a ‘modest’ reduction in the amount of debt they are expected to pay. This amounts to accelerating austerity measures (previously 8 billion Euros) which have caused a deep depression in the Greek economy.

Coming less than a week after the Greek people voted in an historic plebiscite against the less bad offer, it is an effective cave in by the Syriza/ANEL government of Prime Minister Alexis Tsipras. Even if the deal is accepted by the creditors, it will need the support of the Greek parliament, where some opposition is expected not least from within Syriza, but it should pass with the support of the right wing opposition parties, ND, Potami and Pasok.

That this will be a disaster for the Greek people is in no doubt, although from what I have read in the press even no voters from Sunday’s referendum on the issue, seem resigned to its acceptance, and in the process perhaps buying some more time.

Personally, I think this is a mistake, but that is easy for me to say sitting my house in London. This decision though doesn’t only affect the Greeks but the whole of the anti-austerity movement across Europe, and most particularly in Spain where the Podemos party has made electoral gains with a similar message to that of Syriza.

There has clearly been a determination on the part of the EU creditors to crush any thoughts of this rebellion spreading to other indebted European nations, but this was always predictable. To be fair, Syriza was put into an near impossible position by the intransigence of the creditors and by the Greek people’s insistence on staying inside the Eurozone, at all costs.

But I have to say mistakes were made by Syriza in the negotiations of the last five months, and others can certainly learn from this. After Syriza was humiliated in February’s previous negotiations, the writing should have been on the wall for Tsipras et al. It was clear to me then, and it should have been to Syriza that they would get nowhere arguing from an economic point of view, and should have switched straight away to a political strategy.

The switch to a referendum as a tactic should have come months ago, rather than two days before the money ran out, which is what they did. I was surprised under such circumstances (capital controls, shortages of food and medicines) that they actually won the referendum at all, however meaninglessly this has been regarded by EU creditors.

In my view, a process of educating the people in that staying in the Euro would mean further austerity measures and that a managed move back to the drachma would be necessary, should have started in February. This was never attempted and the last minute referendum ploy was a desperate and ultimately doomed attempt to shore up their position. All the creditors had to do was bide their time, and wait until Greece fell apart economically which it is very close to now without a further bail out.

Should the deal be done, as is looking likely, then it does at least buy some more time. This humiliation of Greece and Syriza will certainly not help the likes of Podemos in other European countries, but a devastating crash out of the Euro would probably have been even worse. A general election has to be held in Spain by the end of the year and if Podemos can gain power in Spain then at least Syriza is not so isolated in Europe and perhaps the issue can be reopened again.


Although the Greeks have been put back into their box again for now, the problems that led to the rise of Syriza will not go away with these austerity policies. The future may yet hold further windows of opportunity. The fight goes on.