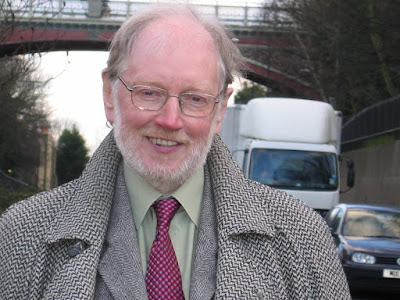 Tell me a bit about your background and how you came to join the Green party?

I came to London from Ireland in 1986. I contested the 1969 General Election on similar polices that we now campaign for in Green Left. Previous to that I unionised the factory where I worked.

I looked at the parties here and decided that the Green Party was nearest to my way of thinking.

Why did you decide to join Green Left?

It was a natural progression as I was involved in the discussions that led to the establishment of GL.

Green party membership in London has increased sharply over the last year or so, and you see lots of these new members – what are your impressions?

When I became Membership Officer in September we had 4000 members. We have now passed 12,000 members. It has been a roller-coaster  ride, a huge amount of hard work but a wonderful experience. I had set up monthly New Member meetings. The most popular  section is when we ask people ‘why did you join?’ The answers are quite diverse, ranging from ‘Maggie Thatcher’s funeral’ to ‘I got tired of voting tactically’ to ‘the only party of the Left’. We see quite a few of the latter. The majority of new joiners seem to be in the late twenties to mid-thirties. However, there is always a handful of older people.

These, invariably, tend to be old-time Labour activists. Another trend that I have noticed is young couples joining. One couple gave each other Green Party memberships for Christmas! 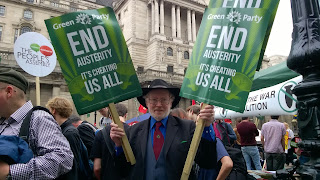 I know that you were a London Assembly member previously – what did you learn from the experience?

It was only in for thirteen months but it was a wonderful experience. About 90 hours per week but I revelled in it. Being an elected person meant that you can gain publicity for any issues that you support. Small groups often fail to  get any media traction, so an AM backing them can make a great  difference. The AMs need to be constantly seen out-and-about.

In the Assembly, the Green Group and staff were recognised as the hardest working. Some people see the Assembly as just a ‘talking shop’. It is much more than that. By constant lobbying of the Mayor and work on the committees I managed to save green space in Barking, stopped the fluoridation of London’s water and helped in the saving of several parks.

I was also able  to give support to the Fire Brigades Union on the London Emergency Planning & Fire Authority.  On the Police Authority, I was able to highlight miscarriages of justice and highlighted access problems for people in wheelchairs.

The main thing that I learned is that you can get things done.

What are the main issues that you would like to campaign on for the Assembly election?

I am not a one-issue campaigner but I would want to concentrate on health and social issues as well as human rights, trade unions, senior issues, support for local communities and immigrants.

How can an Assembly member get some action taken to solve London’s housing problem?

As someone who has in the not too distant past has been homeless, and having never owned or likely to own a property in the future, my concern for Londoners is that  there should be  proper affordable council homes for everyone that needs one.

At the moment under the current mayoralty and government we are going backwards!

Right to buy Mark 2  will be a disaster for council and social housing. It places the onus on councils to sell off their most expensive stock. One result of this could be council homes currently under construction being sold to investors for quotas to be met. As reported in the Observer,  Islington Council already fears this for new stock in the wealthy south of the borough!

As a commentator said, 'Selling social housing won't improve the supply of social housing'. In London we need to build hundreds of thousands of council and social housing for genuine affordable rents, not 80% of market value. The Mayor has the power to decide the quantities of affordable homes in new developments. The current Mayor has made terrible decisions on the old Mount Pleasant Post Office site in Islington and Heygate Estate in Elephant and Castle to mention just two big examples.

We need someone in the Assembly who has experienced how terrible homelessness and insecure privately rented accommodation is to live in.

It is appalling that the benefit cap penalises those trying to get a secure roof over their heads and not the rich landlords making hay out of rising rents and house prices.

In Germany it is common for most people to live in rented housing for a good proportion of their lives. This is reflected in low rent, long term and good quality housing. So worried the authorities in Berlin were that they have introduced rent controls to 'stop people being priced out such as in London'!

While we are far from this more ideal scenario,  we need to pressurise the next Mayor to ensure massive strides towards a substantial rise in new social housing.

We  need to campaign for rent controls to stop high rents eating into an increasingly large volume of the average wage earner’s income. Additionally, we need to bust the myth that the very wealthy buying houses for investment purposes rather than to live in is good for the economy. 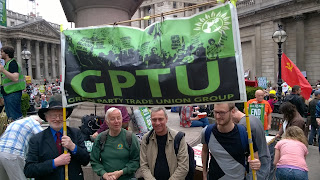 What are your thoughts on the proliferation of food banks in the London, and more broadly the present government’s approach to welfare and benefits?

I consider the government’s approach to welfare  and benefits as a crime against humanity.

It is sad that in this day and age we have a need for food banks. This government is taking us back to Victorian times.

What can the London Assembly do to reduce the impact of the government’s austerity policies?

Campaign and lead the fight against it. Use Assembly committees to expose the fallacy of austerity. Use Mayor Question Time.

Posted by Mike Shaughnessy at 10:36