Should the Green Party Enter a Pact with Labour? 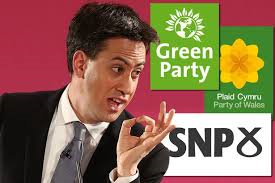 Recently on this blog Mike Shaughnessy outlined the reasons why the Green Party should not enter a coalition with Labour. He set out the disadvantages this would entail and I agree with him.

But I want to argue that we should consider a looser agreement with Labour. I propose a two-part agreement: first, an electoral pact; secondly a confidence and supply arrangement if Labour becomes the largest party in the House of Commons.

Labour is currently polling around 32-34 percent. It’s possible that they could form a government with this level of support. In 2005 they “won” the election with 35%. In 2015 they have UKIP snapping at their heels. If their support doesn’t harden soon we face the prospect of another 5 years of Tory government. This time made even more virulent by the addition of UKIP MPs. It looks as if Labour will lose a significant number of Scottish seats to the SNP.

Does this matter? Some in the Green Party believe that there is no difference between Labour and the Tories. I agree that both are neoliberal parties that share many policies. But it’s now clear that Cameron and Osborne want to bring about a permanent shift in economic and political power in the UK. Emboldened by another term of office they would cut public spending so deeply that we would end up like the USA: low taxes for the rich, no services for the poor and ever deepening inequality. And the Right is never satisfied: even now Republicans continue to argue for more tax cuts and more foreign war.

We should not forget the bad things Labour did. Iraq, PFI, Trident. But we should also remember that they also did some good things. The minimum wage, Sure Start, the Human Rights Act, devolution to Wales and Scotland. They are not the same as the Tories. 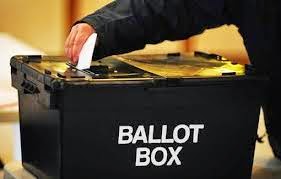 What about the Greens? It’s difficult to gauge our precise level of support because polling organisations differ so much. This weekend Comres reported our support at just 2% whilst YouGov was giving us 7%. Either way, barring a miracle (and I don’t believe in miracles) we can’t realistically expect to win more than 3 seats in 2015. It’s possible that we will get none.

Such a pact could result in far more Green MPs than we could otherwise hope to gain. Two dozen Green MPs would give us a voice in Parliament that we might otherwise not get for a generation.

There are reasons why the voting public may be attracted to the pact: Labour is perceived as being barren of new ideas while the Greens have a wealth of transformative policies. Yet we are still perceived by the public as a wasted vote.

Would Labour go for it? I don’t know. In the past they have always refused to share power. But they can’t be happy at the prospect of another five years of opposition, their electoral support ebbing away. Labour are clearly concerned about support slipping away to the Green Party: they have set up a team to attack us already. They might even welcome the transfusion of fresh thinking.

There may be many constituencies where a Green vote of say 7% will take enough votes from Labour to allow the Conservatives to get elected. That doesn’t help anyone except the Tories. 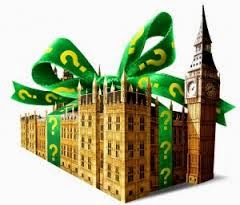 This is not a coalition. I do not propose that Green MPs should accept any government posts at all.

When I floated this idea on the Green Left Facebook page last week some Greens were appalled and even threatened to leave the party. They believe that Greens should not betray their principles by supporting a neoliberal party. They believe that it is better to wait and carry on campaigning. This is a respectable and principled standpoint. But, given the alternative of another Tory government we need to remind ourselves that not every compromise is a sell-out.

Voting for Labour would stick in the throat of many Greens. It would stick in my throat. But it might be made palatable with the thought that in two dozen constituencies many Labour supporters would be voting Green. And it’s worth remembering that under an STV system many Green voters would likely end up casting a vote for Labour. Can we really explain to the future victims of Toryism that we had the power to stop the destruction but we failed to act in order to preserve our principles?

Guest Blog by Chris Foren who is a member of Leeds Green Party. The views expressed here are his own.
Posted by Mike Shaughnessy at 10:29