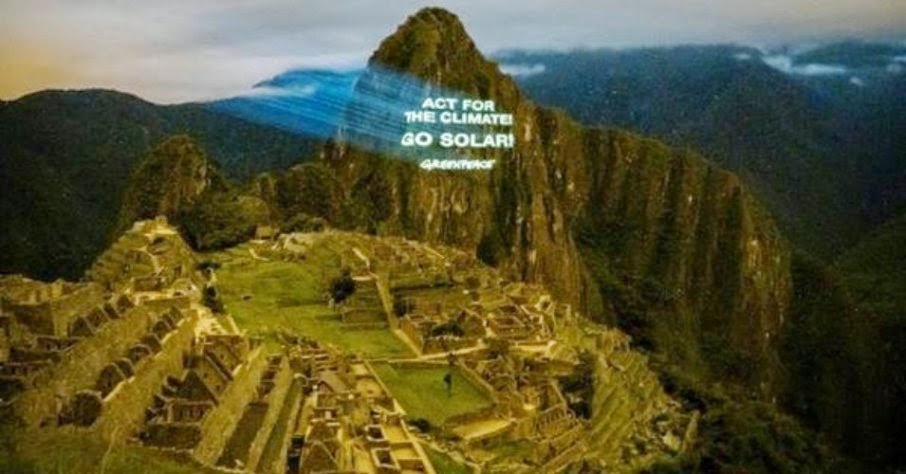 As progress at the UN climate summit in Lima, Peru has been reported as "slow" by many observers so far, green campaigners on Friday called on world governments participating in the talks to end their continued dependence on outdated fossil fuel- and nuclear-powered energy systems and urged investment and policies geared toward building clean, sustainable, community-based energy solutions.

"We urgently need to decrease our energy consumption and push for a just transition to community-controlled renewable energy if we are to avoid devastating climate change," said Susann Scherbarth, climate justice and energy campaigner at Friends of the Earth Europe. "We must stop subsidizing fossil fuels and put this money towards community-based energy solutions."

Backed by a new white paper by researchers at the What's Next Forum, Scherbarth and her colleagues at FOEI say that locally implemented and decentralized energy systems—including small-scale wind farms and distributive solar arrays that can feed-in to local power grids—are the key to pulling people out of poverty while also addressing the glaring crisis of runaway greenhouse gas emissions that are ruining the planet and the climate.

"We urgently need a transition to clean energy in developing countries and one of the best incentives is globally funded feed-in tariffs for renewable energy," said Godwin Ojo, executive director of Friends of the Earth Nigeria.

With rights activists across the world putting an emphasis on the idea of climate justice, Ojo put forth that Africans are not interesting in the fossil fuel industry's promises that more oil, coal and natural gas projects are the answer to the continent's energy needs or economic woes. Instead, he said,

"Africans are pointing to real solutions to stop global warming and for environmental justice."

Among other policies, Ojo and his colleagues at Friends of the Earth have endorsed a proposal presented by African nations (pdf) earlier this year which called for an energy transformation focused on renewable sources, local control, and sustainable financing.

According to Sven Teske, a senior energy expert with Greenpeace, the debate that any nation must choose between economic prosperity and cleaner forms of energy should now be over.

"What’s giving this conference and the energy transition an added boost is that the costs of wind and solar energy have fallen considerably over the past few years," Teske wrote in a blog post as the talks began earlier this week. "In many countries renewable power plants are now cheaper and produce energy at a lower cost that fossil power plants. Nuclear energy is losing its allure as it proves to be expensive, dangerous and unsustainable."

Reporting last month from the New York Times showed that the overall costs of "providing electricity from wind and solar power plants has plummeted over the last five years, so much so that in some markets renewable generation is now cheaper than coal or natural gas."

And according to the Renewables 2014 Global Status Report (pdf), published in November, "Global installed capacity and production from all renewable technologies have increased substantially; costs for most technologies have decreased significantly; and supporting policies have continued to spread throughout the world."

For Teske, such trends shows renewable energy can now "replace the large coal-fired power plants that are the main carbon dioxide emitters" and should allow governments to "feel more comfortable about taking on the tough emissions commitments that are required to combat climate change."

As the What's Next Forum report —titled Global Renewable Energy Support Programme—emphasizes, distributive and decentralized renewable energy systems have several key features which should make them attractive to less-developed and wealthier nations alike. According to the paper's introduction:

It is not a single answer, silver-bullet solution to all our problems, but [feed-in tariff policies] could, if implemented well, have a considerable impact at several different levels.

"We believe it is possible and indeed crucial to transform our energy system to one which ensures access for everyone to sufficient energy to meet their basic needs for well-being and lives with dignity,” said Dipti Bhatnagar, Climate Justice and Energy Coordinator of Friends of the Earth International.

“We need an energy system which supports a safe climate, clean air and water, biodiversity protection, and healthy, thriving local societies that provide safe, decent and secure jobs and livelihoods,” she said.

Written by Jon Queally Commondreams.org
Posted by Mike Shaughnessy at 09:10