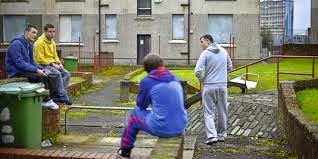 Our annual assessment of progress in tackling poverty and disadvantage across the UK.

This annual report, written by the New Policy Institute (NPI), tells the definitive story of how the UK’s economic recovery is affecting people in poverty, and reveals dramatic changes in who is most at risk compared to ten years ago.

The report focuses on money, housing, work, benefits and services, among other indicators. The key points are highlighted in the infographic and summary below.