'All in this together,' Prime Minister? - Caroline Lucas Brighton & Hove MP 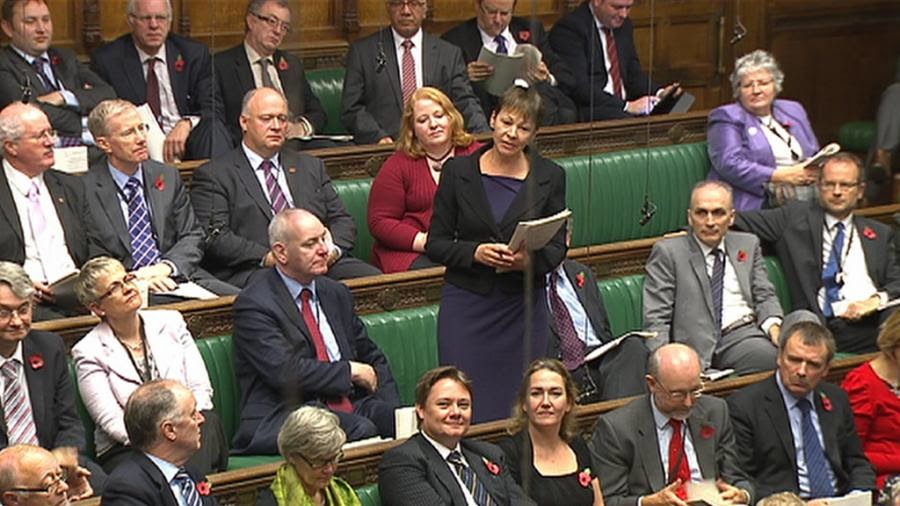 Last week I visited the Young People’s Centre on Ship Street to help them mark 30 years of youth services in the city. The centre itself, run by Impact Initiatives, has been at its current location for 14 years and an estimated 10,000 young people have passed through their doors in that time.

The Young People’s Centre gets about 15% of its funding from Brighton and Hove City Council, including for the staff that support users, yet that funding is under threat like never before - thanks to central Government slashing the money they give to local authorities.

Between the Prime Minister first declaring “we are all in it together” in autumn 2010 and April 2016, core central government funding to local authorities will have been hacked by 40%. Across the country that’s 40% less money for social care for older people and disabled children. 40% less money for emergency help to survivors of domestic violence. And 40% less money for services to homeless people, to low income families in crisis. Here in Brighton and Hove the city council is already having to provide all these services with 32% less money than it had before the Coalition Government started its cuts.

And all at a time when local government responsibilities are actually increasing and demand for council services is growing. Government policies like the bedroom tax, cuts to tax credits and benefits, and the increase in VAT are harming the poorest and most disadvantaged – and it’s local authority services that are trying to pick up the pieces.

Imagine having your wages cut by 40% then having several extra dependents to feed, clothe and keep warm. You’d scrimp and save as best you could, cut back on everything but the bare essentials, spend any money set aside for a rainy day, exhaust your borrowing opportunities, but there comes a point when it’s just not possible to make ends meet. That’s what’s happening to local councils.

Very few MPs will be honest with you about austerity. They won’t tell you that it was poor regulation of the financial sector that caused the economic crisis. Not public spending such as that by local authorities. Most MPs have bought into the narrative that austerity is necessary.

But some of us have not. I have repeatedly exposed the flawed economic thinking behind public sector cuts. If you want to balance the nation’s balance sheet you need to get people into well paid work. If people are unemployed the Treasury loses out on any tax they pay and they may need welfare and other support.  Yet according to the Institute for Fiscal Studies, austerity will account for the loss of 1 in 5 public sector jobs by 2019. And there’s no guarantee these will be replaced by new private sector jobs, especially not jobs that pay fairly and give people the security to build a life, secure a home, save for the future – all of which are good for our long term economy.

The cuts narrative is dangerous not just because it’s economically illiterate. It’s also given central Government the excuse it needed to embark on an ideologically driven wholesale dismantling of the state.

The results can be seen here in Brighton and Hove and in local communities up and down the country. Under the guise of austerity, central government is slowly but surely putting an end to local government as we know it. My recent Early Day Motion calls for this to be brought to an urgent and immediate halt. If you agree, there’s also a brilliant new petition on the 38 degrees website calling for the same thing. I’ve signed and hope you will too.

In the meantime, the £26.3 million question is how do you plug a funding gap that’s, well, £26.3 million in size. Because that’s the gap between what Brighton and Hove council needs to spend in 2015/16 and the money it’s got coming in.

The simple answer to the question is that you either spend less money or you raise more of it. Or some of both.

That means increasing council tax or cutting services or a combination of the two. It’s a difficult choice but we do have to choose (otherwise Eric Pickles gets to set the city’s budget and that won’t be pretty).

The process of setting a council budget for the coming financial year is now underway and a picture is emerging of what spending less actually looks like, thanks to initial proposals drawn up by council officers but not yet agreed to by any councillors. It could mean reducing the number of beds in Older People’s Centres, less support for council house rents, less support for out of school childcare, the closure of some children’s centres and reduced subsidies for others, less of a council tax reduction for those eligible for the scheme, staff redundancies, a cut in the support provided to those with Learning Disabilities. The list goes on.

I fear that not one person in Brighton and Hove will be unaffected by the Government’s savage programme of cuts to local authorities. Is this what the Prime Minister meant by “we are all in in together”?

I do not want to see such cuts. Nor do my constituents. I have stood up against austerity and will continue to fight for all of those affected, especially the most disadvantaged and marginalised.

That means finding an alternative. So far the best on the table is a proposal to increase Council Tax by 5.9% to help meet that £26.3 million sized funding gap. It’s far from ideal but Council Tax is one of the few mechanism local authorities have to raise money, is at least tied in some way to people’s ability to pay, and previous local authority administrations have consistently raised the council tax rate, by as much as 14% on one occasion.

Brighton and Hove’s already seen a 62% drop in central government funding for day to day core services since 2010. In that same period Council Tax levels have also dropped in real terms because of council tax freezes or below-inflation increases.

The council has already made considerable efficiency savings and the extra money it’s successfully attracted for big capital projects like the i360 or cycle lanes cannot be spent on delivering core day to day services.

In other words, there’s no secret stash of treasure buried under the pier that can get us out of trouble.

What those in uproar about a potential 5.9% increase, for example, haven’t yet done is produce an even half way costed alternative. If there is one that adds up, I’d like to see it – and I think my constituents deserve to as well.  Nobody’s openly advocating the closure of children’s centres and staff redundancies but anyone refusing to countenance a Council Tax rise of this sort, or who cannot come up with a credible alternative, might as well be.
Our city has a stark choice to make.

It’s the Government that’s put us in this position and that’s where we need to focus our fire – although, sadly,  Labour have agreed that, if they form the next Government, they will stick to the Coalition’s spending limits, at least for the first year,  so we shouldn’t be under any illusion things will get much better with a different set of people presiding over central Government cuts.

If we want a future in which local government is properly funded to provide all the valuable services local people want and expect, we need to keep standing up against the narrative of austerity and making the case for investment in public services instead.  It’s what I’ve been doing since I was first elected and what I’ll continue to do whatever the outcome of the local budget decisions by councillors. That’s my job as your MP.
Posted by Mike Shaughnessy at 09:49