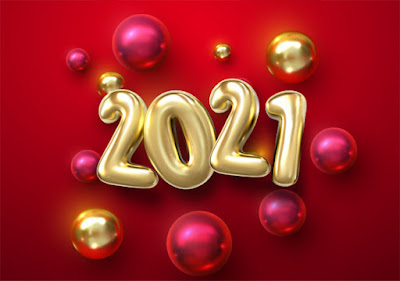 These are the most popular posts on this blog, as judged by unique page views, by month, for 2021. Another difficult year, for sure, but it did see the formation of the Ecosocialist Alliance. The blog is closing now until January.

Green Left, the ecosocialist grouping in the Green Party of England and Wales, has launched an initiative for a unified ecosocialist response to the COP26 United Nations climate change conference, in November, in Glasgow, later this year. All those parties, groupings and individuals who take an ecosocialist view, are welcome, and indeed encouraged to join together, and amplify our collective voice. More

A piece written by Timothée Parrique and Giorgos Kallis titled Degrowth: Socialism without Growth, which was re-posted on this blog a couple of weeks ago, has led to a debate within the ecosocialist community. The subject was discussed at the most recent Global Ecosocialist Network members meeting, prompting a number of different views from those present. This is my take on degrowth in an ecosocialist context. More

Women and Nature: Towards an Ecosocialist Feminism

It was hot outside that day. In the remote area of KwaZulu-Natal Province, South Africa a young man watched as five men approached him on the porch. “Could we have a drink?” one of them asked. As they finished the water they asked if they could go inside and thank the woman that lived there. The young man led them in the front door. Moments later shots rang out as the men gunned down the young man’s grandmother and environmental organiser, Fikile Ntshangase, and raced out. More

“Capitalism can no more be ‘persuaded’ to limit growth than a human being can be ‘persuaded’ to stop breathing. Attempts to ‘green’ capitalism, to make it ‘ecological’, are doomed by the very nature of the system as a system of endless growth.”—Remaking Society, Murray Bookchin, 1990, p 93-94 More

What Would a Deep Green New Deal Look Like?

The Green New Deal has attracted perhaps the greatest attention of any proposal for decades. It would guarantee Medicare-for-All, Housing-for-All, student loan forgiveness and propose the largest economic growth in human history to address unemployment and climate change. More

Ecosocialist Alliance Calls on G7 for a Just Transition

On this, World Environment Day (BST), an Ecosocialist Alliance has released a public statement (reproduced below), ahead of the G7 conference, calling on the leaders of those nations, for a Just Transition away from social inequality and the ecological crisis. The G7 conference is from 11 to 13 June, in Cornwall, England. Ecosocialist organisations and individuals from the UK and other countries have signed up to the statement. More

From the Depths of the Pandemic towards an Ecosocialist Utopia

In the depths of the COVID-19 pandemic, we need bold and imaginative thinking — it is time to embrace the utopianism that is implicit to the Marxist tradition. More

There’s nothing more important today than the politics of climate change. How societies respond to global heating will increasingly shape all political life. More

The Climate Crisis and a Global Green New Deal

Let me first say that I don’t think that the debate on the climate emergency between advocates of degrowth versus the Green New Deal is becoming increasingly polarized, certainly not as a broad generalization. Rather, as an advocate of the Green New Deal and critic of degrowth, I would still say that there are large areas of agreement along with some significant differences. More

The Ecosocialist Alliance, organised by Green Left, Left Unity and Anti-Capitalist Resistance in the UK, have released a statement ahead of next month’s COP26 conference, in Glasgow, Scotland, from 31 October to 11 November. More

The Green New Deal remains the most potent political concept in recent years: it has undergone several phases and adoption by many political parties and movements. It has strong support across progressive trends in western Europe but has not been properly implemented anywhere. More

The world’s climate is changing, and it’s surprising — and disappointing — how little our responses have changed since we first recognized the problem decades ago. Since the 1970s, the world has been well aware of climate impacts of burning fossil fuels and many have recognized how our political economy lies at the heart of the problem. Marxist thinkers in particular, like Paul Mattick, were quick to describe the irreconcilable contradiction between our extractive and growth-oriented economic systems and the carrying capacity of our natural ecosystems. More

Posted by Mike Shaughnessy at 15:10