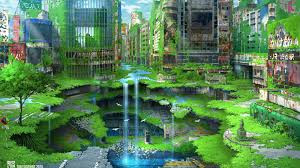 A piece written by Timothée Parrique and Giorgos Kallis titled Degrowth: Socialism without Growth, which was re-posted on this blog a couple of weeks ago, has led to a debate within the ecosocialist community. The subject was discussed at the most recent Global Ecosocialist Network members meeting, prompting a number of different views from those present. This is my take on degrowth in an ecosocialist context.

In a way, it depends on what you mean by growth. The most widely used measure and definition of growth is that of Gross Domestic Product (GDP). GDP is the total value of goods produced and services provided in a country, usually measured over one year. Value in this sense, is a monetary one, and so excludes many productive activities, many of them unpaid, and provided by women, child care, housework and so on. Like-wise nature is exploited, and not counted in GDP. Without which, we might add, GDP could not grow at the rates it does under capitalism.

More formal types of ‘voluntary’ work too, like the proliferation of foodbanks in the UK over the last decade or so, go unmeasured in the calculation of GDP growth. These activities have an important ‘use value’ which from an ecosocialist perspective is how we see the goal of productive activity in an ecosocialist society.

So, let us assume that future growth would only be in use value and consider whether degrowth is necessary in this case also. Parrique and Kallis insist that ‘Growth is a problem over and above capitalism’ although do acknowledge that the drive for surplus value would not be present under socialism.

They also acknowledge that use value is different from exchange value but argue that use value does not need to grow. I’m not sure that this is true though. If we are to live in a fairer way, then some growth in use value will need to happen. This is not to get into an argument about growth in population numbers, leading to increased needs, but in the qualitative value of people’s lives.

Some of this use value may not need to grow too much in some areas, but if we compare the global north and south, we see that a great deal of growth in use value will be necessary in the south, to improve the lives of millions of people. To try and limit this advancement, would not be socialism, and although more fairer sharing of wealth between the north and south would occur, they would still be much room for growing use value in the south. Clean water, reliable (sustainable) energy production, alleviating of poverty, free health care and so forth.

The socialist nations of the twentieth century, did aim for growth in GDP, and in some cases, grew at a faster rate than the capitalist nations they were competing against. Take the USSR, which went from a largely feudal economy at the point of the 1917 revolution, to putting the first man in space within forty years.

This incredible rise in growth, of course came at the price of authoritarian and brutal regimes, and is not something that is desirable to ecosocialists. Ecosocialism neither pursues growth in GDP or seeks to impose authoritarianism. The point is to increase the freedom of the people, when the need to produce surplus value is disposed of.

Where Parrique and Kallis have a valid point, is when they say that all (certainly most) growth requires natural materials, which is certainly true of renewable energy, and it cannot sustain the required endless growth inherent in the capitalist system of production. But that is not what ecosocialism is about. It aims to live within natural limits, by designing production that is ecocentric.

The planned obsolescence of capitalist production would end, with products produced that last longer, and are repairable. Ecocentric production would reduce the need for much of the production we have today, for profit. You could say that this is a form of degrowth, but it also increases the growth of repair shops.

With energy production, renewable energy should aim to replace energy produced from fossil fuels, but, I my view, should not emulate the growth in fossil fuel produced energy. This requires a complete re-ordering of how we organise society, with much more public transport over private vehicles, so reducing demand overall. The construction of buildings would be more energy efficient, with some designs not needing any heating systems, and again lead to a reduction in energy demand. More efficient localised power networks, would also reduce the waste of energy, and so demand falls again.

I think it is possible to degrow to some extent overall and achieve the welfare gains that we would like to see. I think it is also necessary to do so, as Parrique and Kallis point out, an average 3% annual growth in GDP that is exponential, means a doubling of growth in 24 years. That clearly can’t continue on a sustainable basis, with finite resources.

I think we can all agree that too much unnecessary growth is required by the capitalist system. But it doesn’t mean that we have to live in caves. Ecosocialism can produce enough for all, if it is implemented in the right way. It all comes back to what we mean by growth.
Posted by Mike Shaughnessy at 06:58